On Sep 05, 2013 4:45 pm, by Todd B.
0 A.D., one of the best free, open source real-time strategy games, has reached alpha 14, codenamed “Naukratis”. The new release features a brand new building type (with models for all factions), exponential armor and realistic health along with other gameplay changes as well as many graphics, sound and user interface improvements. 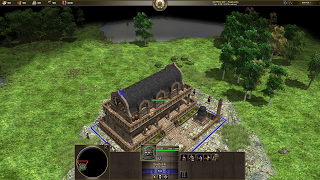 0 A.D. is an open source, historical war and economy RTS game developed by Wildfire Games which features several ancient civilizations at their prime, from Greece and Rome to Carthage and Persia. The game is available for Linux, Windows and Mac OS X.
While it features great sound and graphics and has both single-player and multi-player functionality, the game still lacks some features, such as no matchmaking service (multi-player uses peer-to-peer networking, without a central server).
Gameplay changes in the latest 0 A.D. alpha 14 “Naukratis”:
Graphics, sound, user interface improvements, etc. in 0 A.D. alpha 14:: 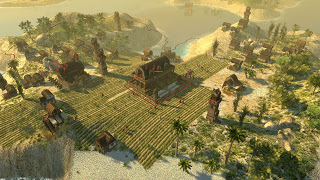 And speaking of 0 A.D., Wildfire Games is trying to raise $160,000 to support the development of 0 A.D. If you want to contribute, see THIS page on Indiegogo. Perks include soundtrack CDs, posters and you can even get your gace on a game unit. More information HERE.<

According to Aviv Sharon, a contributor to 0 A.D. who has emailed me today, some or all of the sums donated towards this fundraiser may be tax-deductible for many US taxpayers.
Also, if you can contribute to 0 A.D. (programming, art, sound, documentation and more), see the programmers getting started page and join #0ad-dev on QuakeNet on IRC.

The latest 0 A.D. alpha 14 is available in a PPA for Ubuntu users. Add the PPA and install 0 A.D. using the commands below: