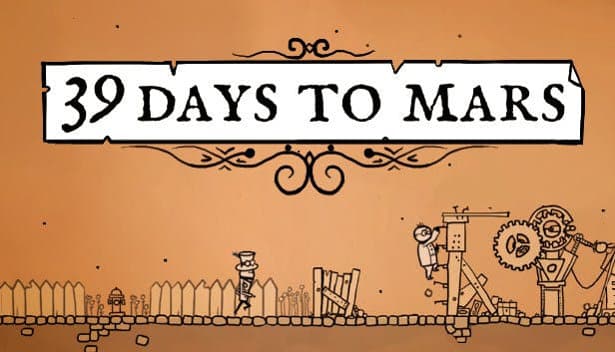 39 Days to Mars releases a free Additional Victorian Adventures update for Linux, Mac and Windows. Along with a discount on Steam as well.

Also dubbed ‘Additional Victorian Adventures’ coming to all current owners of 39 Days to Mars. The update sprinkles in a handful of new, cleverly-devised co-op puzzles throughout the original campaign. So players can face the challenges organically during a fresh play-through. Join Sir Albert Wickes and The Right Honourable Clarence Baxter once again. Setting out on another heap of exciting 19th century adventures.

39 Days to Mars is a 1-2 player co-operative adventure game. All set in an alternate reality some 150 years in the past. You’re task is to pilot the HMS Fearful — a masterpiece of unreliable engineering — on its maiden voyage to Mars. When the steam engine runs out of coal, the ship’s cat shreds the navigation chart.  And them the tea gets cold.

So it becomes clear that interstellar transportation isn’t a walk in the park. It will take the talents of two working together on a mix of puzzles and action sequences. Working to get to Mars in one piece (let alone in 39 days). And Additional Victorian Adventures means more puzzles and such withing a free update. Which is also a pleasure to see It’s Anecdotal bringing more content to the game.

39 Days to Mars is currently available on Linux, Mac and Windows. There is also a 20% discount on Steam and Itch until July 30th. Humble Store also lists 39 Days to Mars, but at full price.

It’s Anecdotal is the one-person indie development studio of Philip Buchanan. Having previously worked on titles such as Lara Croft GO and Hitman GO, Philip is now focused on bringing small indie titles to life. Working out of Montreal, Canada; and Christchurch, New Zealand, his aim is to produce concise games that give memorable experiences and have strong atmosphere.

The Excavation of Hob’s Barrow a folk horror