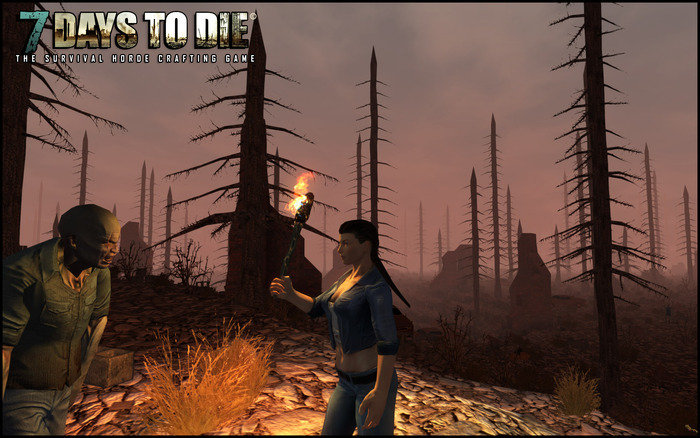 7 Days to Die was a Kickstarter project about an open world, voxel-based, #sandbox game that is a unique mash up of #FirstPerson Shooter, Survival Horror, #TowerDefense and Role Playing Games combining combat, crafting, looting, mining, exploration, and character growth. The developer had promised a Linux version of the game during its campaign period, saying that they would release a Linux version 2 months after the initial launch. But even after the game was launched, there were no signs of a Linux version or any communications from the company. Now, after a long hiatus, a developer has said that they are indeed working on a Linux version and it should be ready in a couple of weeks.

“FYI on the linux build.

Rest assured guys, you haven’t been forgotten about. It may only be the 32 bit build to start with, one of our APIs doesn’t yet have linux 64 bit support so that’s holding us back on that front, and the reason for the delays. I am setting up an ubuntu distro today and will be compiling and working out the bugs over the next couple of weeks in my spare time to expedite this. We will try to get a stable build out asap even if it is just a 32 bit. Then you guys can at least play while waiting on the 64 bit

I really hope this helps you feel better about this and lets you know you aren’t being ignored.”

The post was made by a developer on the team, who had apparently joined after the Kickstarter funding, on the 7 Days to Die forums. This is indeed a good news for backers and people awaiting a Linux version. The strange part, however, is the fact that they have been holding out due to the lack of a 64-bit support for the game. This just sounds like a bad excuse. Even if people are on 64-bit hardware, 32 bit is always backwards compatible with 64 bit hardware. It seriously is not a valid reason to delay.

The second sad part is that the developer is using his own personal time to debug the game. A company that would develop the game should have more than one developer working on the game.