A side-scrolling Roman strategy game on Kickstarter from LucasArts veterans 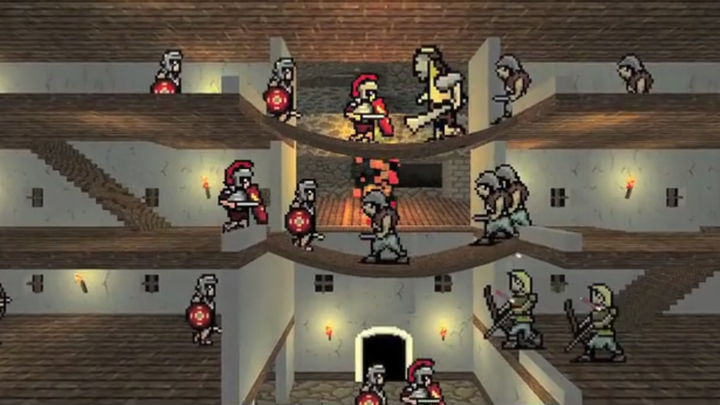 The game, which is being developed for Windows, Mac, Linux and Ouya and is slated to launch in summer of 2014, will give players complete control over their Roman legion. Units can be commanded individually, or players can select multiple units and issue squad commands. Within the legions are troops with special abilities, like engineers who can build tools for combat and doctors who can heal wounded soldiers.

“The problem with today’s side-scrolling strategy games is the lack of any real strategy in the gameplay,” said studio co-founder Matt Boland in a video posted to the Kickstarter campaign. While at LucasArts, he worked on titles like Star Wars 1313, Star Wars: The Old Republic and The Force Unleashed 2. “Most of the time you just build units as quickly as you can and they move forward on a linear track with no real thought how to utilize them.”

In Super Roman Conquest, the game’s levels have multiple tracks, so players can go deep into the battlefield or come back to the foreground. Having full control of their army also means players can better strategize and build army formations.

“The idea is to give you the choices on how to build your army,” Boland said. “We don’t want to put anything on top of you that tells you how your army should be.”

According to Boland, players will be faced with key decisions, like whether to keep prisoners, how big they want their army to be and how to utilize provinces. These choices will affect the player’s campaign.

The studio has been funding the game out of pocket since LucasArts closed earlier this year. It is hoping to raise $30,000 through its Kickstarter to fund more features and to pay artists and sound designers.

For more details, check out Super Roman Conquest on Kickstarter