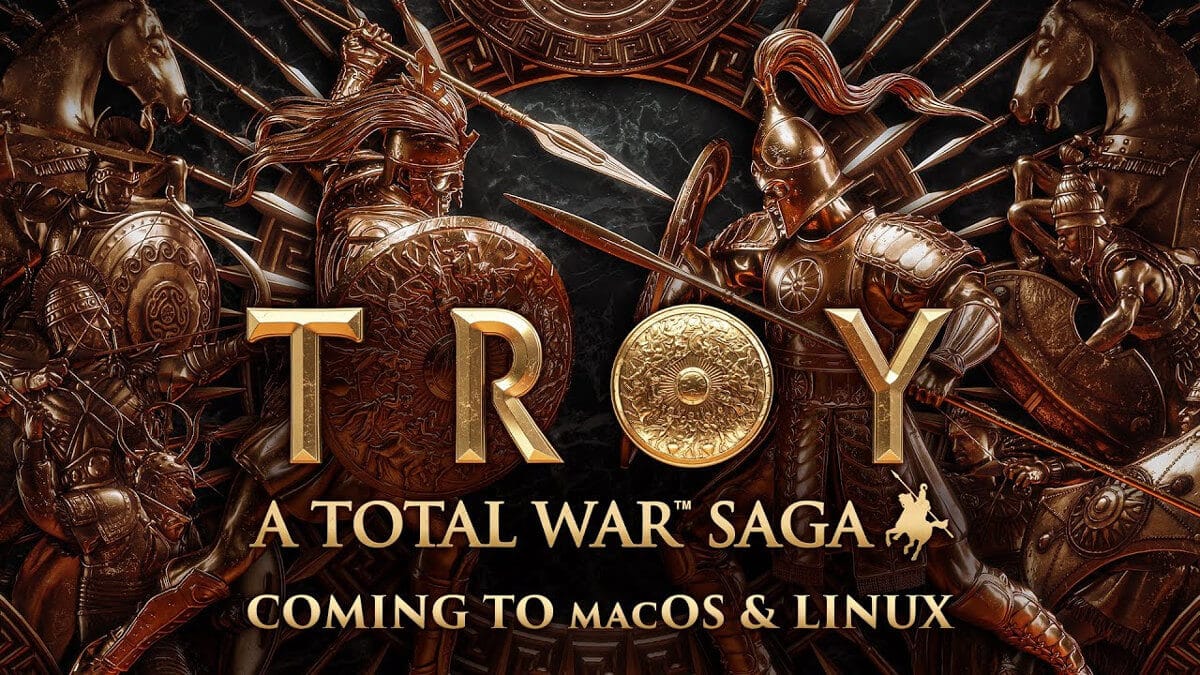 A Total War Saga: TROY new strategy announces support for Windows PC, but also has a Linux and Mac confirmation. Thanks to Creative Assembly and of course Feral Interactive. Since the games due to release in August 2021 on Steam.

SEGA Europe Ltd. today announced Creative Assembly’s thrilling new strategy game. Which also reconstructs one of the greatest stories ever told in A Total War Saga: TROY. While taking inspiration from Homer’s Iliad, TROY. Gameplay will let you forge a heroic legacy in the late Bronze Age. Going back the furthest in time the critically acclaimed franchise has ever traveled.

Released for macOS and Linux next year. Shortly after the Windows release.

This is the third entry in the Total War Saga series. These are also standalone games inspired by great turning points of history. Along with THRONES OF BRITANNIA and FALL OF THE SAMURAI. Likewise, brought to Linux and Mac by Feral Interactive.

In TROY, the fate of Aegean civilisation will be in your hands. Since each choice you make will shape the lands. Ranging from the mythical heights of Mount Olympus to the arid deserts of Lemnos. Experience history as it may have happened. Or while you shape the legend for yourself in this unique chapter of Total War.

Homer’s Iliad is rich with myth, legends, gods and monsters. A Total War Saga: TROY casts these stories through a historical lens. Consider what might have really happened. But ultimately lets you decide which heroes will fall in battle. And which will be immortalized in legend.

The battlefields will tremble under the feet of renowned warriors. Like Achilles and Hector. But it will also take more than brute force alone to lay claim to the legendary city of Troy. You will need to deftly manage a barter economy. As a result of conducting diplomacy among friends and foes. While you curry the very favour of the Gods themselves. All before etching your name in the annals of history.

Total War Saga titles channel the grand strategy and real-time battles of a core Total War game into an intense flashpoint in time, letting you determine the outcome of pivotal moments in history. This change in scope and perspective makes Total War Saga the perfect home for innovation, often leading to new ideas that go on to influence future tentpole titles.

A Total War Saga: TROY will release on Steam for Windows PC in August 2021. But also announces support for Linux and Mac there after. Thank to Feral Interactive. So make sure to Wishlist on Steam.