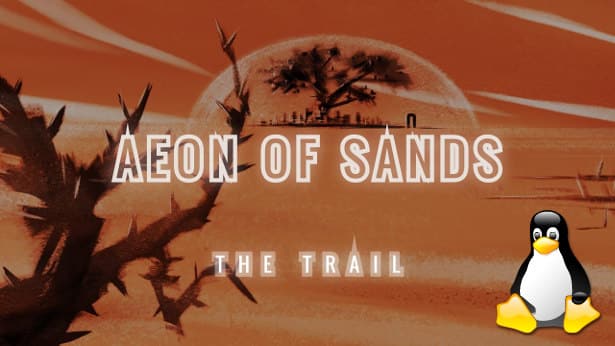 Aeon of Sands developer releases the games support plans for Linux. Two Bits Kid also debut the long awaited deluxe version. Available now in the form of two deluxe DLC’s. This is the Aeon of Sands Soundtrack and The Art Book. Plus the games also discounted on Steam.

“Given the lack of wishlisting from Linux users. We decided we only might support our Windows version on Steam Proton. Steam’s Wine particular version. But that’s not for sure.”

This is a direct email reply from the Aeon of Sands developer. Since the Steam Discussions are somewhat in line with these details. It also puts Linux support on the backburner. While the developer focuses on Proton support. Rather than issuing a native Linux port. And there are issues outlined in the Steam thread as well.

Two Bits Kid also state “we have no plans about it.” This refers to the Linux support plans.

Kind of sad given the previous email I received. As well as the positive developer comments in the Discussions link above. So by all means Wishlist on Steam.

At the same time there also a huge new patch for the game. This also includes new combat mechanics. An improvement for BOSSES. Plus a difficulty level you can change on the fly. So Aeon of Sands should feel more challenging. Talking the grid based RPG to a new level. And yes, this a game where choices matter.

The music creates and exotic feeling of the desert of Aeon of Sands. Along with those of a tense 80’s movie.

Along with music, there is a 100 page Art Book. Brimming full of cool artworks. Including game production art and final examples. Al in high resolution. Complete with a bit of behind the scenes information. Also an article about the games inspiration.

Aeon of Sands is discounted 25% until February 11th. Thanks to Steam’s Lunar Sale. Available on Windows and Mac, but may be playable via Proton on Linux.