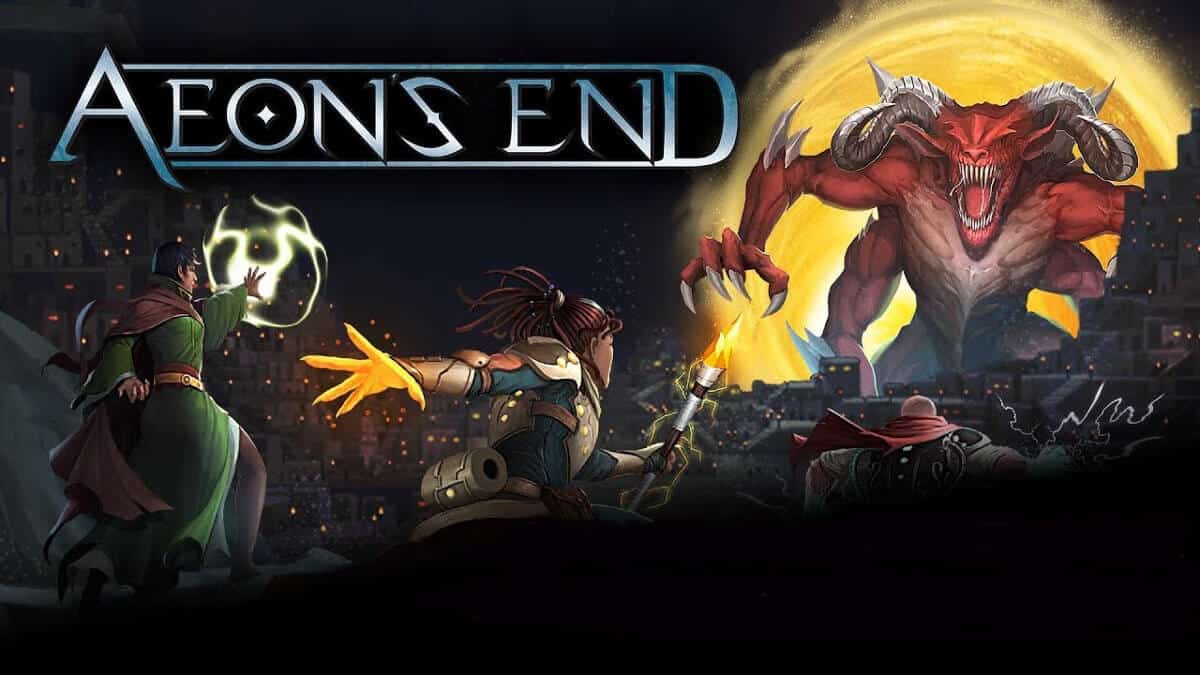 Aeon’s End deck-building game releases on Linux, Mac and Windows PC. Thanks to developer Handelabra Games Inc. The game is now available on Steam. Plus the review score is 90% Positive on Steam.


Aeon’s End is a cooperative game. Exploring the deck-building genre with a number of unique mechanisms. Including a variable turn order system that simulates the chaos of an attack. And also deck management rules that invite careful planning of a discarded card. Players will struggle to defend Gravehold from The Nameless. While using their hordes using unique abilities and powerful spells. And most importantly, their collective wits.

This is one the best features of Aeon’s End. Fighting cooperatively to defeat any Nameless nemesis coming through the breach. You begin with a starting deck of 10 cards, 5 in hand. So in each turn, you play gems to gain aether. Which you also use to buy new gems and relics. Including learning new spells. While increasing your casting potential by opening additional breaches.
You can also play relics to give yourself or your allies a boost. Then prep spells to your opened or focused breaches. Getting ready to cast them on your subsequent turns.

What makes Aeon’s End truely unique is how it uses randomness. Unlike other deck-building games, players do not shuffle their deck when it runs out. The games keeps order in which you discard cards. So plan your discards carefully to ready yourself up for coming turns.

Randomness in Aeon’s End comes in the order of turns. So at the start of each round, the turn order deck is shuffled to determine the order of play. Will the nemesis go twice in a row? Pushing back the mages’ defense? Will the mages get 4 turns in a row to set up for the coming onslaught? It can be hard to know what’s coming next when you are deep in the melee!

Finally, there’s the city of Gravehold. The breach mages of Aeon’s End are not just fighting for their own survival. But the survival of all of humanity, and the Nameless know it. So if Gravehold is ever reduced to 0 life. The mages have lost and humanity is but a memory. Therefore you must protect the city at all costs!