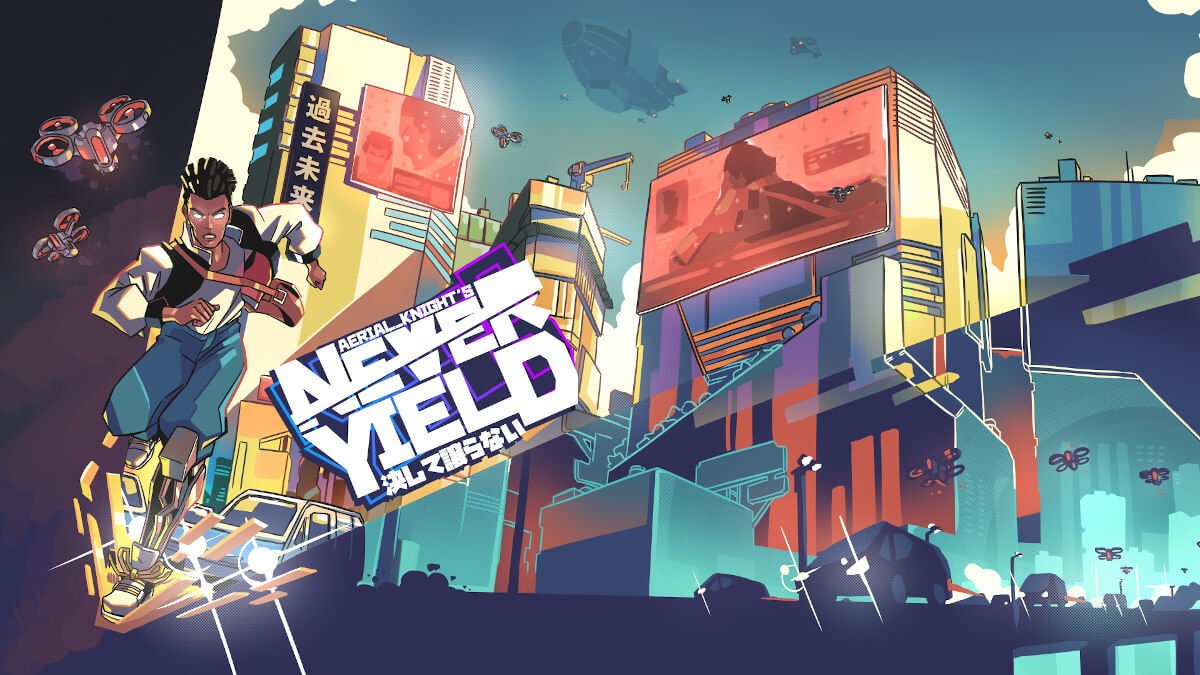 Aerial_Knight’s Never Yield 3D runner dev wants a native build for Linux as well as Windows PC. Thanks to recent feedback from developer Aerial_Knight. Due to release next year on Steam.

While Headup announces Aerial_Knight’s Never Yield. This is a highly stylized story 3D runner game. That is now getting its just revealfor PC on IGN’s Awesome Indies Show on Saturday. The game tells the story of Wally who uncovers sinister evidence that might change his city forever.

Therefore its up to you the player to survive a futuristic Tokyo-style Detroit. While you run for your life, cut the amazing soundtrack from “Danime-Sama”. Who also happens to be a Detroit artist. Featuring the authentic sounds of Detroit artists and vocals from “artists of colour” from all over the world.

Aerial_Knight’s Never Yield has a unique appeal to it’s style of gameplay. We really only a small taste in what is to come. But reaching out to the developer produced some good news for Linux.

I’m working in Unity for the game engine. As for Linux I want to get it to as many people as posable.

While this is excellent news. Right now, the solo developer is still concerned about making sure the game runs well on Linux. But since the release is a ways off and Aerial_Knight’s Never Yield still in developer. There is time to test and make sure solid functionality. Having already been working on the game for around a year and a half.

As the the player, you take the role of Wally. A mysterious kid out to recover items from his past. Along with the hope of saving what’s left of the future. Hopefully, you’re fast enough to outrun your enemies and expose the truth. Or at least live long enough to see what happens.

Aerial_Knight’s Never Yield is a 3D side scroller that plays much like a classic endless runner. The game has an interesting story that keeps players constantly in motion. Since you have to Run, Jump, Slide or Dash for acrobatic variants. Leading to crazy combinations as you try and avoid the challenges that await. Aerial_Knight’s Never Yield design is for players who love to speedrun games. As well as prodcing an experience that casual players will enjoy as well.

The game plays like a runner but it gives you options of how to get past challenges. So the player has a bit of freedom to try different things. Aerial_Knight’s Never Yield has cutscenes, a good story. And if you look for it and the character is trying to outrun different enemy. Which will be broken down in detail in the story itself.

The developer Aerial_Knight adds: “The game is currently in development by basically just myself. With a lot of help from some of my amazing friends when I need it. This is a passion project of mine and I hope you all enjoy it when it’s out.”

Aerial_Knight’s Never Yield is due to release on Steam on February 3rd, 2021. Coming to Windows PC, but it looks like Linux as well. Since the dev wants a native build. Which hopefully arrives in time for a day-one release. But you can stay up to date by following Aerial_Knight on Twitter.