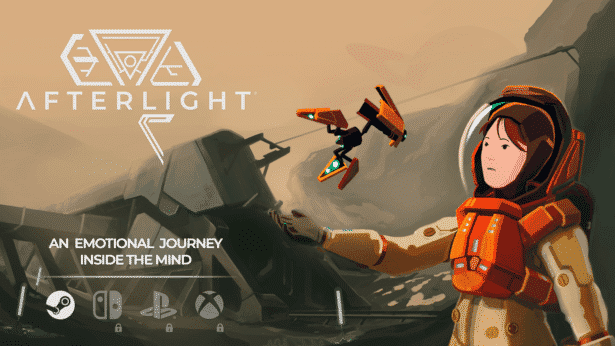 Afterlight is a 2.5D puzzle adventure on Kickstarter for Linux, Mac and Windows PC. Developed by Silent Road Games. The crowdfunding campaign has already raised $11,156 USD out of the $35,000 USD pledge goal. Which looks pretty good.

Since Afterlight is a mixture of adventure and puzzles. Including a unique environment. Such as Titan, the largest moon orbiting Saturn.

Since the games is an emotional journey inside the mind of an astronaut. One who is also stranded on Titan. Which serves as a setting for this environmental puzzle game. Including a deep engaging story.

Along with a staging in 2.5D and a unique narrative. The gameplay also addresses all kind of psychological and emotional elements. Afterlight makes an original and different style capable of transforming the genre. Such as titles such like Journey or Inside did in their day.

Since development of Afterlight is already progressing well. The Kickstarter campaign if successful, will help finish the game, properly.

Afterlight is a deep adventure into the mind of an stranded astronaut. This journey is about trust and forcing friendship. View points and mental agony. Since this acts as a symbol to overcome poor relationships. All taking place in Titan’s Kraken Mare landscape. Doing so in the XXII century.
Afterlight is a puzzle adventure game in 2.5D. You play as astronaut Xin. Who’s tasked to update the mission’s corrupted AI. In order to repair regain content to be rescued.

Afterlight is being made with a lot of care. Since the game focuses on the environment. Featuring mental and emotional elements. Doing so in animation to provide a rich gameplay experience. Also a uniquely original story.

Afterlight 2.5D puzzle adventure need support on Kickstarter. The games due to release on Linux, Mac and Windows PC. Coming in November 2020.