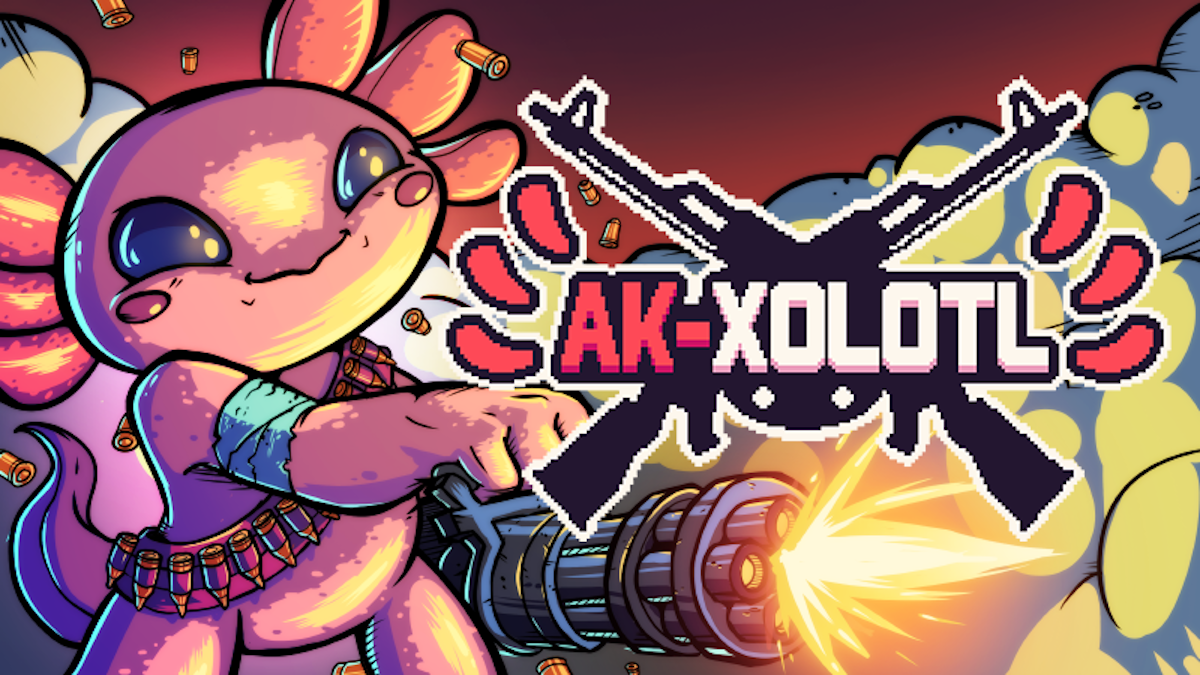 AK-xolotl top-down roguelite game’s Kickstarter has new features coming for Linux, Mac, and Windows PC. All due to the support and effort of developer 2Awesome Studio. Currently doing very well in the crowdfunding campaign.

2Awesome Studio (2AS) announces that AK-xolotl is coming to Linux, Mac, and Windows PC in early 2023. All due to the success of its Kickstarter campaign. Since it was fully funded in just 4 hours. Originally seeking 15,000€ ($16,094 USD) in funding, now 68,985€ ($74,081 USD). The new stretch goals are already successful. While leading to the release of new in-game features and content coming to the game.

So here’s the run-down. AK-xolotl is a top-down roguelite shooter featuring the cutest amphibian. You’re an axolotl with an AK (duh!) that goes on a rampage, shooting down their next meal. Oh, and you won’t die. So whenever you are down, you will just rise from the ashes and start over. Sort of like a pheonix. Here, check out the Kickstarter trailer below.

In AK-xolotl you progress through the ecosystem, showing everyone who the real apex predator is. Then you will advance through several maps that mix the best of both worlds. Due to procedurally generated biomes, for randomized gameplay. Including carefully handcrafted room layouts, due to achieving the perfect pond setting. Then also collect food to unlock new powers along the way.

AK-xolotl top-down roguelite game is doing well in the Kickstarter crowdfunding campaign. Due make its way onto Linux, Mac, and Windows PC. Due to release in March 2023.