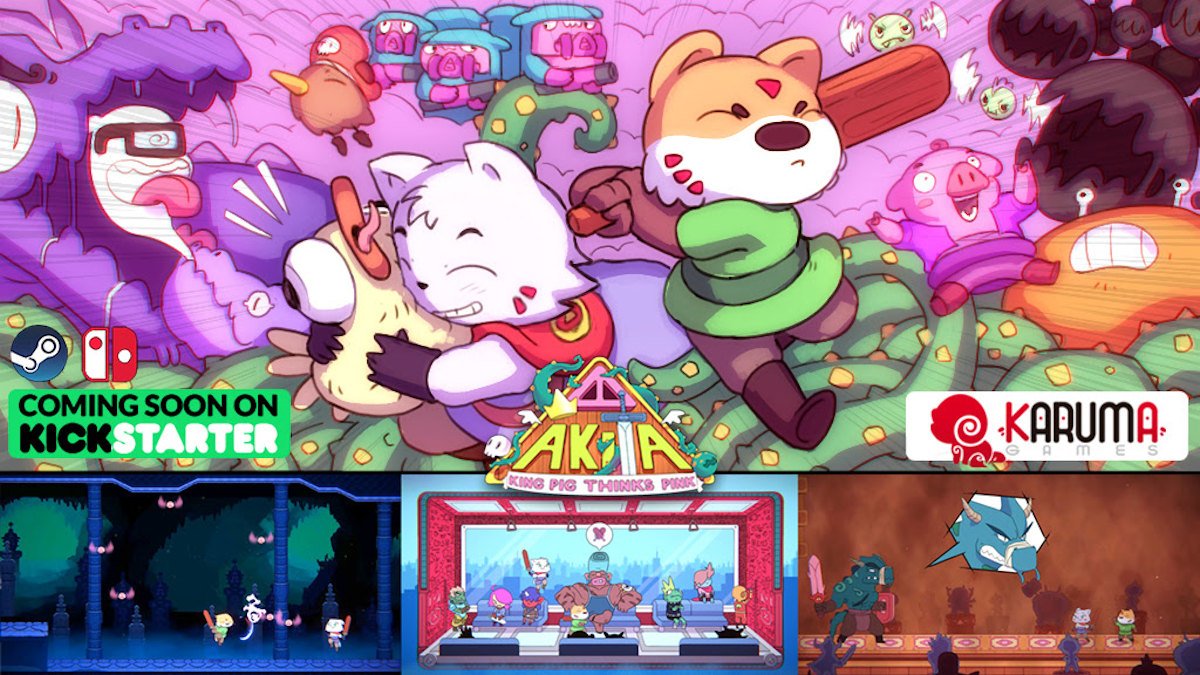 Akita: King Pig Thinks Pink a 2D adventure platformer metroidvania with hand drawn animations. Offering up gameplay for 1 player or 2 players in cooperative mode. Developer Karuma Games are also eager and nervous to announce that on September 7th debut. Since this is when the Kickstarter campaign will go live. This is when the adventure really begins.

Of course, after receiving further details from the developers via email. It seems as though Linux and Mac will have to see upvotes for a port.

For now, at the initial Steam release, the game will be Windows-only. Mac and Linux support would be added at a later date depending on demand.

Akita: King Pig Thinks Pink development is using Unity 3D. So this is kind of an interesting reply. Since the developers also state they “want as many people as possible to be able to enjoy the game. So we would try to release it for other operating systems.”
Still early, it seems as though we will have to upvote Linux support when the Kickstarter goes live. But the art style and the gameplay are certainly appealing. Although unstated, I sincerely hope they offer a Demo during crowdfunding.

Akita: King Pig Thinks Pink adventure platformer metroidvania game will release on Kickstarter, September 7th. Hopefully, with enough demand for Linux and Mac we will ports. Aside from just the expected Windows PC debut. Sadly, there is no Steam page yet.