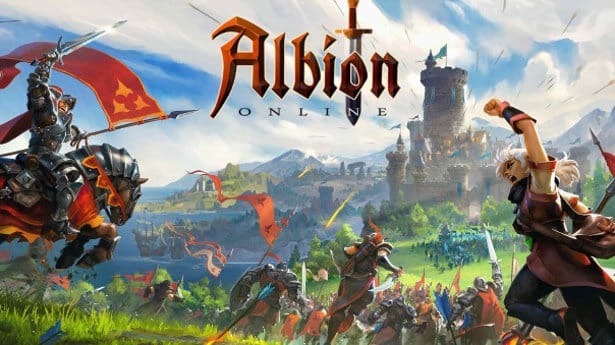 Albion Online sandbox MMO From Berlin to go Free to Play on Linux, Mac and Windows. Also the new model launches April 10th. While the games major Oberon expansion releases. Since this adds new features to the game from Sandbox Interactive.


Albion Online is entering a new era going Free to Play. On April 10, 2019, Sandbox Interactive will launch the new model. Which is interesting, considering the games success. Which is a decent sandbox MMO.
For the first time ever, adventurers will be able to explore the world. Albion Online being free of charge. Which also means those who don’t want to spend money on Steam. Can now explore Albion Online with no limitations.

On top of that, players will benefit from a series of new features. This is also releasing with the Oberon expansion yesterday.

As of April 10, players can join the ranks of the community. The games review score on Steam is still Mixed. Holding at 51% Positive right now.
So now that Albion Online will free of charge. Hopefully more people will take part in the story of Albion. Since new players will no longer need to pay for Starter pack. Which is kind of pricey to play this sandbox MMO. But you can download the game client from the website and create a free account.

The general business model of Albion Online will remain unchanged: players will still be able to purchase optional Premium status with either real money or in game currency, as well as buy vanity items from the in game shop.

Also with the launch of Free to Play. Starter Packs are available at a discount of 34% percent. Both on the official website and on Steam.
So all players who have activated a Starter or Founder pack. Doing so at the time of the Free to Play launch. They will also get an exclusive Specter Wolf mount. As well as Gold and Premium currency.

With this change, alongside the numerous content updates. which will be releasing over the next few months. Sandbox Interactive is looking forward to an exciting year ahead.

Additionally, players will also enjoy the new Oberon expansion. This comes with numerous new features in Albion Online. Such as Hidden Entrances and Randomized Dungeons. Two new systems to bring more depth and challenge to the world of Albion.
All across the open world, entrances can are available. Which lead to procedurally generated dungeons. Which not only offers a unique gameplay experience. But also rare bosses and valuable loot.

In addition, there will be new Dungeon Maps for Albion Online. Showing the way to otherwise inaccessible entrances. New mobs and creatures, as well as new shrines. Making battles in the dungeons more dynamic and challenging. Chests have been reworked with new visuals. Which now reveal the worth of their content. There will be revised ingame tutorials. Introducing new players to the game more effectively.
Also, the progress pace when unlocking weapons and gear has been optimized. Last but not least, the overall quality-of-life of the game. With improvements based on feedback provided by the community.

Albion Online is available on both official website and on Steam. But going free to play for Linux, Mac and Windows. This takes place on April 10th. So not too far off.

Beyond the Veil out now for Albion Online