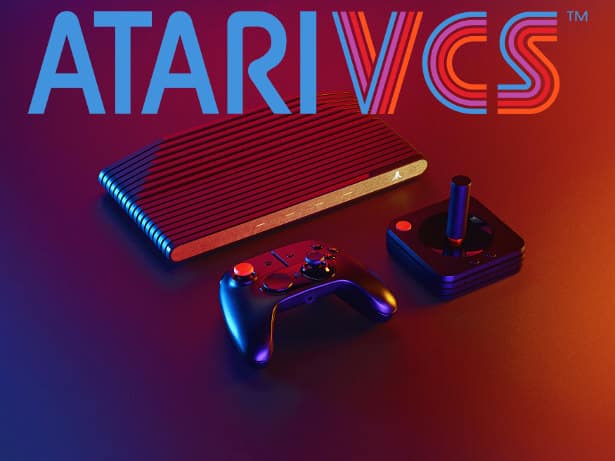 AMD Ryzen Embedded R1000 is coming to Atari VCS, the console for Linux games and media. Since tech company AMD announced the expansion. So they can bring their embedded product family of computer processors. Including the AMD Ryzen Embedded R1000 SoC. The new high-performance Accelerated Processing Unit (APU). The one that’s also powering the Atari VCS entertainment platform.


The all new AMD Ryzen embedded chip will be faster. Also much cooler and more efficient. Since this allows the Atari VCS to sport a simpler and more effective power architecture. Plus a better thermal solution.
So the new processor includes built-in Ethernet. Also Native 4K video support with modern HDCP. Plus a secure frame buffer. One that also that fully supports DRM video (Netflix, HBO, etc.).

“With the AMD Ryzen Embedded R1000 powering the Atari VCS. We can support the 4K 60fps HDR content. That users expect from a modern, secure gaming and entertainment system,” said Michael Arzt, COO of Atari Connected Devices. “AMD’s new Ryzen Embedded SoC will also help protect the VCS’ environment and content. As we support an unprecedented open access model. Which allows Atari’s highly creative community to install any other operating system. Side by side with the Atari OS.”

You can see the full announcement HERE. Since there are some enticing features. Check out for yourself.

The Atari VCS is a completely modern connected gaming. And also media device (not a “retro-box” or emulator). Which features a unique Linux based operating system. Capable of playing popular new video game releases. As well as streaming entertainment on AMD Ryzen.
As an homage to its roots. The Atari Vault is a collection of more than 100 games. This includes classic arcade and home favorites. Such as Asteroids, Centipede and Breakout. As well as Missile Command and Yars’ Revenge. All is included with every new Atari VCS.
Fans will be able to access and download additional games. Including more content through a connected Atari VCS storefront.