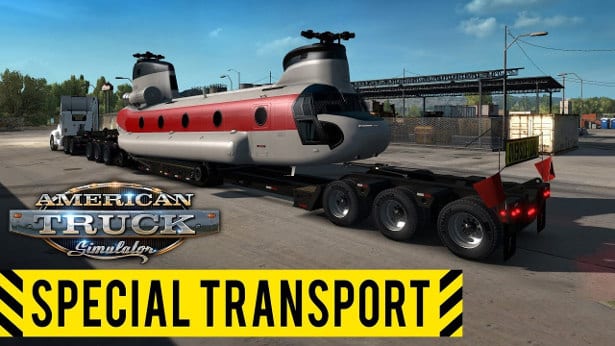 American Truck Simulator new DLC Special Transport is available on Linux, Mac and Windows. Similar to the release for Euro Truck Simulator 2, from last December. We now have similar content on Steam. Which also has some Very Positive reviews.


American Truck Simulator new DLC Special Transport puts the player back into your mighty diesel beast. So you show off your skills as the one who can successfully deliver these over sized cargoes. Getting it there safely to the destination.
This means you will have to manoeuvre your truck and trailer. Also navigating through the lands of American Truck Simulator’s base map and DLCs. Be cautious! Some of these deliveries may take you through challenging and narrow roads.

But you will not be alone on your journey! You will also have an escort by a team of trained police and special vehicle escorts. Those who will communicate and guide you throughout your journey. So the drive may be tough, but if you drive with care and listen to your escort drivers advice. Whileyou work to get these enormous cargoes to where they’re needed safely.

Master these cargoes and become a true master of truck hauling!

American Truck Simulator: Special Transport DLC is available for $4.99 USD on Steam. While coming with support on Linux, Mac and Windows.