Over recent weeks #Kickstarter campaign for Animals Gods  an intriguing project from #developer Still Games listed for Linux, Mac and Windows PC,  as is the norm on the #crowdfunding platform, the developer has also included the Wii U in its core goal. As the title takes inspiration from 90s inspired classic action / adventure brought to the 21st century with full HD, dynamic lighting and high-res textures. Playing as Thistle, a small and agile warrior hellbent on destroying the corruption that haunts the Animal Gods. Wield a 17th century BC bronze sword, shred fiends with flint-tipped arrows, explore Ancient Europe… and set the gods free.

Developed by a two-person video game studio located in West Virginia. Kara Myren does the programming and Peter Harmon develops the feel, flow and content of the games. They describe Animal Gods is an open world, action / adventure game set in Bronze Age Europe — mixing the core combat of classic Zelda with an intriguing story surrounding the great Animal Gods and the new coming of bronze metals. Monsters are in lots of video games but they’re usually not explained that well. This is the tale of their story, details surrounding the Animal Gods themselves. 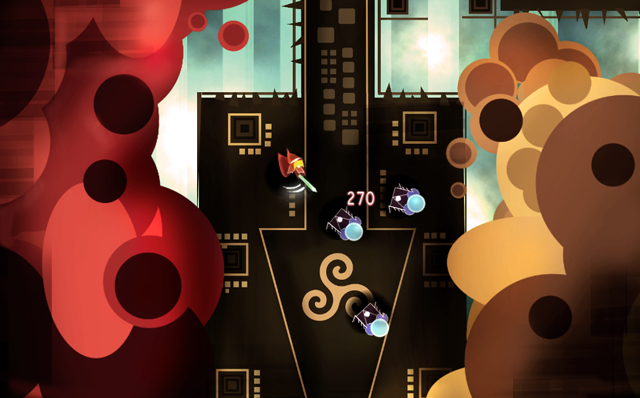 The game pairs the tight and polished action of The Legend of Zelda: A Link between Worlds  with a cast of characters and touching story moments that might remind you of classic 90’s JRPGS. Staged in a beautiful but ravaged open world backdrop—letting you explore dungeons and temples in any order. This starkly illustrated action-adventure is mastered in full-HD with hi-res textures & dynamic lighting.

Having researched mysteries, mythology and folklore surrounding these areas. There’s a good bit of fiction and fantasy but all of the fiction is grounded in reality. Grounded in History and established folklore. For instance — there are some fictional dungeons and temples you explore in Animal Gods. From a gameplay perspective, that means things can stay abstract and lead to fun level design. Whereas key story pieces & scripted events can surround Stonehenge and some other famous places you will discover.

Some games have epic origin stories. If you would like to, imagine Animal Gods as a game idea that was given to Still Games by the squawking specter of a raven that rose from the ashes of our 7th birthday party. A sight that divinely haunts us for ages, inspiring the pursuit of the noble path of indie game development.

Animal Gods‘ real story is simple. A self-funded title that needs your support to continue the outpouring of commitment into its development. The game will be released for Linux, Mac and Windows PC.  And Still Games are also verified by Nintendo to develop for the Nintendo Wii U!