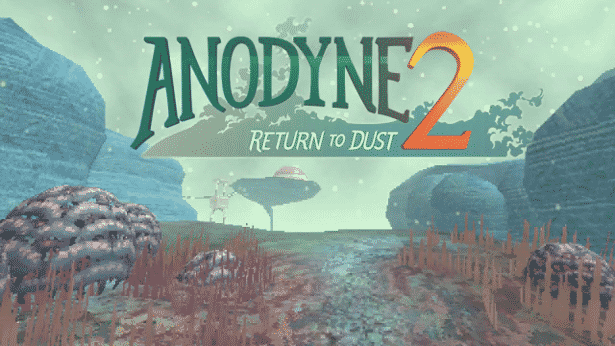 Anodyne 2 mixes both 3D exploration with 2D dungeons in the sequel releasing in Linux, Mac and Windows games. You can also Wishlist the follow up to 2013’s Anodyne now on Steam and Itch.


Anodyne 2 will immerse players in an evocative, surreal, lo-fi 3D and 2D world. While you you explore and drive around a surreal 3D dream world as Nova, the Nano Cleaner. As you shrink into people’s minds in order to clean dangerous Nano Dust.

Players should know gameplay is a mix of some of the concepts from Shadow of the Colossus and Psychonauts. Developer Analgesic Productions reflects on some aspects the 2D and 3D Zelda games as well. Since this should help prepare you for the level of bizarre exploration.

So just like Anodyne 1, gameplay features very unique creatures and strange places. While the 3D and 2D environments range from natural landscapes to unsettling homes and abstract areas. Seeking out Cards while you work to protect the mysterious entity, “The Center”. All in this very creative game from Analgesic Productions.

Anodyne 2: Return to Dust is coming mid-2019 for Linux, Mac and Windows. Also much like Final Fantasy, there’s no need to play Anodyne 1 to understand Anodyne 2‘s story. But longtime fans will find connections to Anodyne 1.

This looks like a very bizarre and surreal sequel. Also the inspiration of having to collect the games Nano Dust is interesting. Since this is something growing throughout the games New Theland environment. Which changes up the what you might expect in a game, but there is that recycling aspect. Gaming with an environmentally friendly cause?

Analgesic Productions is Marina Kittaka and Sean Han Tani. Who are also the creators of Even the Ocean, All Our Asias, Bratavism, and more.

Releasing on Steam and Itch games:

Anodyne 2: Return to Dust is releasing in mid-2019 on Linux, Mac and Windows. So by all means Wishlist on Steam and Itch.

Anodyne 2 adventure RPG to launch this May