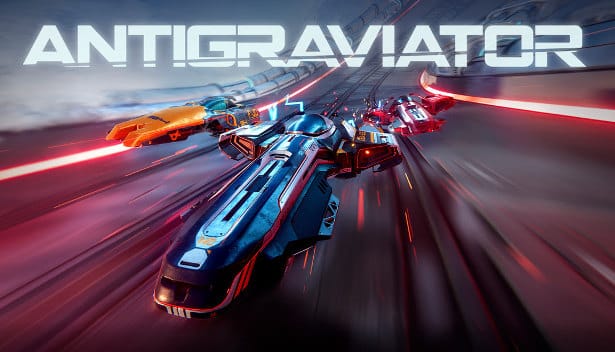 Antigraviator is a sleek new take on the anti-gravity racing for Windows, but with Linux lurking in the mix. So thanks to publisher Iceberg Interactive and developer Cybernetic Walrus. We are eager to share that their multi-award winning, anti-gravity racing game Antigraviator. Which will release on June 6 through Steam and Humble Store. But what about Linux support?

“We have done a couple of Linux builds in the past. We still have to test the latest builds on Linux, if we feel confident with the result we will put a Linux/SteamOS and also MacOs version out there.”

Since this comment was posted back in March. We do not have any recent comments on Linux support. Even though Unity 3D is the game engine of choice. Really this still comes down to testing. But we do have a new trailer. So keep sharing that Tux Love.

Also it’s hard to believe this is a Unity game. It looks more like Unreal Engine 4… but it’s not. And I’m also waiting on further details from developer Cybernetic Walrus. So hopefully more details soon.

Antigraviator is a sleek new take on the anti-gravity racing genre. Since players have to use traps, power-ups, and boosts to overtake your opponents. While working to dominate the track in single player or multiplayer mode.

So in this unique twist, the player has unlimited speed at their disposal. But the only limit being their skill and ability to avoid walls and obstacles.

“We’re extremely proud of Antigraviator and how the development has gone. We had the opportunity to showcase the game at several events such as GDC and PAX East. And the audience response was very positive,” says Mike Coeck, CEO of Cybernetic Walrus. “We know that PC gamers have been looking forward to playing our game. And its greatest asset: no speed limit. In addition, we’re working hard on the PS4 and Xbox One versions of the game and thank console gamers for their patience.”

Aspiring ‘grav’ racers can wishlist the game and support the upcomign release on Steam and Humble Store.

Players can stay up-to-date by subscribing to the newsletter through the Antigraviator official website.