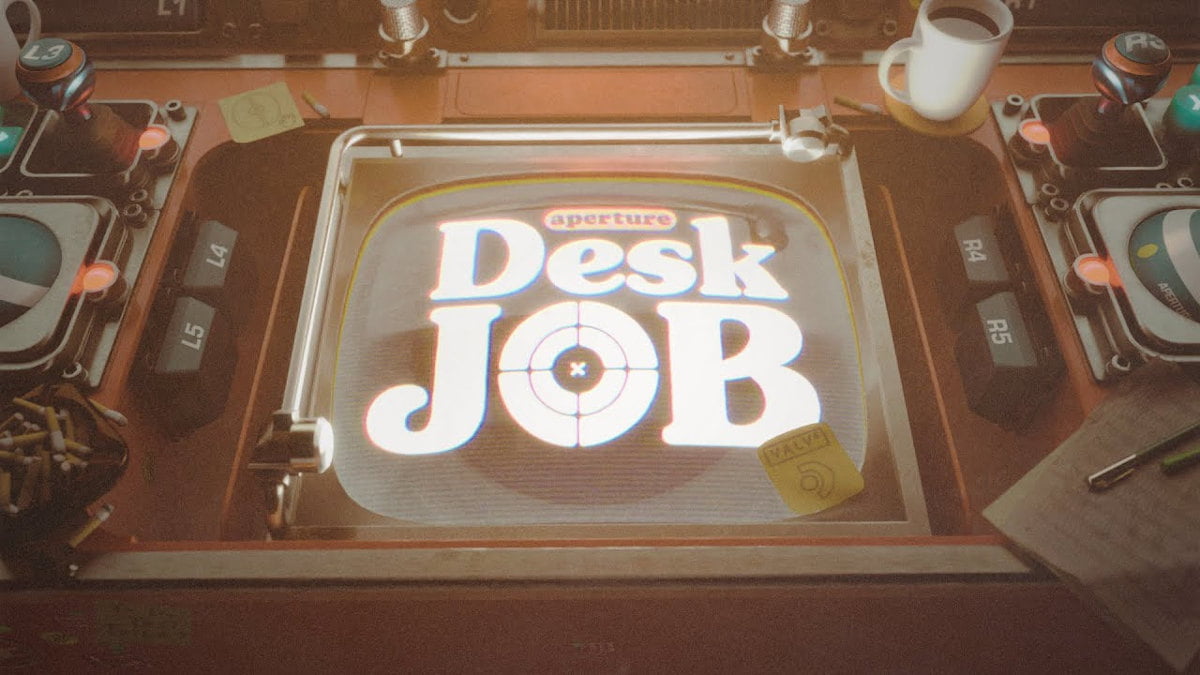 Aperture Desk Job and the Steam Deck are making waves on Linux and Windows PC. Which is an interesting title from the creative talents of Valve. And it’s all available for Free on Steam.

Aperture Desk Job reimagines the been there done that genre of walking simulators. Then puts them in the lightning spanked, endorphin-gorged world of sitting still behind things. This is the premise behind the free game release. While you play as an entry level nobody on their first day at work. With your heart all full of hope and your legs full of dreams, ready to climb that corporate ladder. But life’s got other plans, and they all involve chairs.

Aperture Desk Job is a free playable short for Valve’s new Steam Deck. Taking you through the handheld’s controls and features, while not being nearly as boring as that sounds.

As from Aperture Desk Job, there is a lot of hype over the Steam Deck right now. With a lot of hope for the future, where is it going to go? According to an interview with Gabe Newell and IGN, there is a future afoot.

The first main and most obvious point, this is a permanent extension of the PC gaming market. This is impressive, so as you play Aperture Desk Job, it’s good to consider that you are playing the first mainstream Linux based gaming handheld. According to GabeN, the demand has been much higher than Valve is expecting. Despite the current hardware supply issues.
The good news, Steam Deck will not see a price increase. Seeing people are buying the most expensive option over the cheaper units. Which is to be expected, you get more with the top tier Deck.
On top of that, Valve is going to continue to make it better. So it will be interesting to see more Valve games aside from Aperture Desk Job. While riding the latest hardware changes to increase the Steam Deck performance. All due to fulfilling what a PC developers want at the higher end. Then working to solve the next set of problems that arrive. Meaning, it will most likely continue to evolve into a Valve console. But until then, be sure to check out the recently released CAD files online.

Also note, there will not be any Steam Deck specific games, despite Aperture Desk Job. This is also a further win for Linux, as developers seek to find means of porting games for both platforms. Despite the positive and negative features of Proton.

So, if you own a Steam Deck, invest some time into Aperture Desk Job. The game is available Free for both Linux and Windows PC via Steam. Only playable with a controller, even on desktop.

Level Up and Learn Programming out now