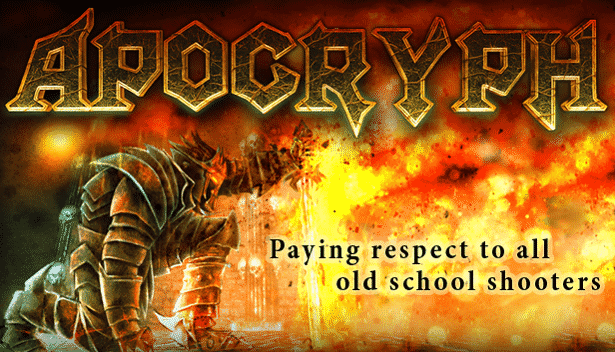 Apocryph is a first person shooter for Linux and Windows releases on Steam. Gameplay is also set in a brutal dark fantasy world. This is definitely an old-school fantasy shooter. Available now for $19.99 USD.

Since we are all fans of the ultra-graphic glory days of the First-Person Shooter. Such as “Hexen,” “Duke Nukem 3D,” “Rise of the Triad,” and “Doom II” era of video gaming.

Maybe you are ready for a little modern-caliber visual candy. While including some classic blast-em-up gameplay.
Well, you want to check out Apocryph.

Simply put, imagine if “Painkiller” and “Shadow Warrior (2013)” had a baby. And then locked it in a demon-infested crawl-space where it was raised by “Hexen.” So from there you have the gore-laden, carnage-spell-festival that is Apocryph.

“Please take a note that we are working on the game. New big portion of additional content will be added by the end of the May. And we’ll not stop developing and add free updates. Total gameplay time will be around 10 hours.”

The is the brainchild of Bigzur Games. Apocryph uses all of the latest visual shock-and-awe. So it can muster to subsume players in an audacious, supernatural, ultra-shiny carnage festival of the first rank.

Apocryph first person shooter is available now on Steam for Linux and Windows. Which releases, priced at $19.99 USD.