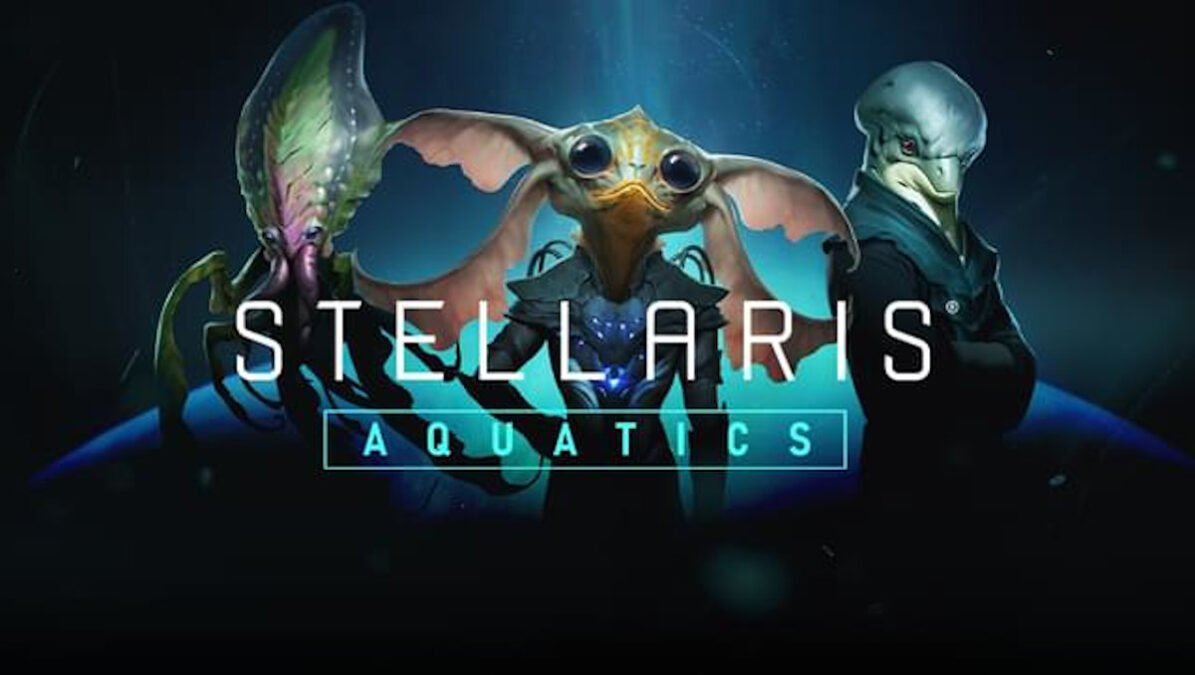 Aquatics Species Pack announced for Stellaris and adding more content to the game on Linux, Mac, Windows PC. Thanks to the ongoing creative efforts of Paradox Development Studio. Due to release on Steam, GOG, and Paradox Store.

Paradox Interactive, a publisher and developer certainly knows how to make a splash. Having just announced the Aquatics Species Pack for Stellaris. Since this will expand upon the hit sci-fi game from Paradox Development Studio. The next species pack will launch alongside the free 3.2 “Herbert” update. The release is right over the horizon for PC gamers.

Get shell-fish and see what the catch of the day is with the new trailer below.

Sail the intergalactic seas and uncover an all new expansion. This is due to be full of gills with new options for new and longtime players alike. The Aquatics Species Pack will also rinse Stellaris with a rising tide of new content. This includes brand new origins, species traits, civics, and new cosmetics. Seafarers and landlubbers alike will agree that this is Stellaris’ deepest species pack to date.

While you take on the role of a seafaring civilization. You will also explore the open expanses of the galaxy. Stellaris‘ Aquatics Species Pack! will have you dive into the galaxy with a sea of new choices. Since you can find a new life where you least expect it. Let a wave of new customizable options for your empire crash into Stellaris. The immersion pack seems to catch attention with new species portraits, ship set, origins, and more. Just be careful, sailor…legends tell of dragons in these waters.

Aquatics Species Pack for Stellaris is due to arrive on Steam, GOG, and Paradox Store. This also continues support for Linux, Mac, and Windows PC. The price is not available, but I’d expect somewhere around $20 USD.