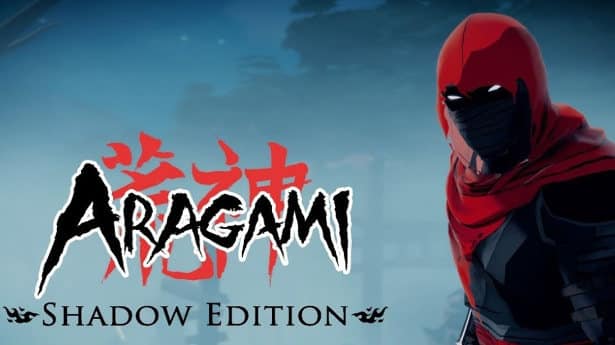 Aragami: Shadow Edition includes the original base game, the upcoming expansion Nightfall Also including all currently released DLC. Since the game and expansion supports full 2 player online co-op in cross-platform multiplayer between consoles and PC. Hence the excitement for the coming release.

Aragami is a 3rd-person action stealth game that casts you as an undead assassin with the power to control the shadows. Teleport to any shadow, become invisible, materialize weapons or even summon a shadow dragon to infiltrate the enemy ranks and dispose of your targets.

The games also heavily inspired by old-school stealth games. Such as Tenchu and Metal Gear Solid. While including more recent gems like Mark of the Ninja and Dishonored.

Nightfall is a 4-chapter prequel. This also takes place right before the events of the base game. Filling in some key narrative points, due to being left open in the original game.
This also includes 2 new playable characters, all new deadly shadow powers and an expanded storyline. This can all be played in single player or cross-platform online co-op are all coming soon.

Since we do not have details on price just yet. The release for the DLC and the Shadow Edition will be available on Steam, GOG and Humble Store.