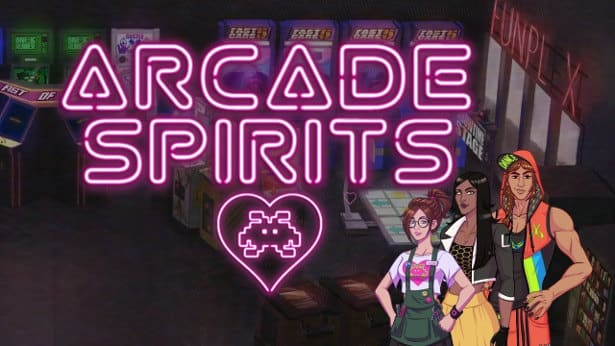 Arcade Spirits romantic visual novel launches in Linux, Mac and Windows games. All thanks to the humble efforts of Fiction Factory Games. Available on both Steam, Humble Store and Itch.io. Also releasing with a modest discount.

So after a turbulent work history. You get employment at the Funplex, a popular arcade. Also home to a host of unique personalities and customers. Where will this new-found employment take you? Who will you meet along the way? Will you find the romance you’re seeking?

Now that the game launches. Some of your out there revel in visual novels. The games genre is not the norm for me.
Therefore, my thoughts so far are positive.

So take note, Arcade Spirits has a solid story. It’s also very well written. While the characters themselves are unique. The gameplay draws you in. Making you want to see what comes next.

From a truly inclusive character creator and an amazing cast to the vibrant everyday life at the coolest arcade in town, Arcade Spirits is a romantic must-have for gamers of all genres!

PQube and developer Fiction Factory Games eager to announce the release. Since Arcade Spirits is now available. Both on Steam, Humble Store and Itch.io. Which also comes with a 10% discount until February 19th. Supporting Linux, Mac and Windows.