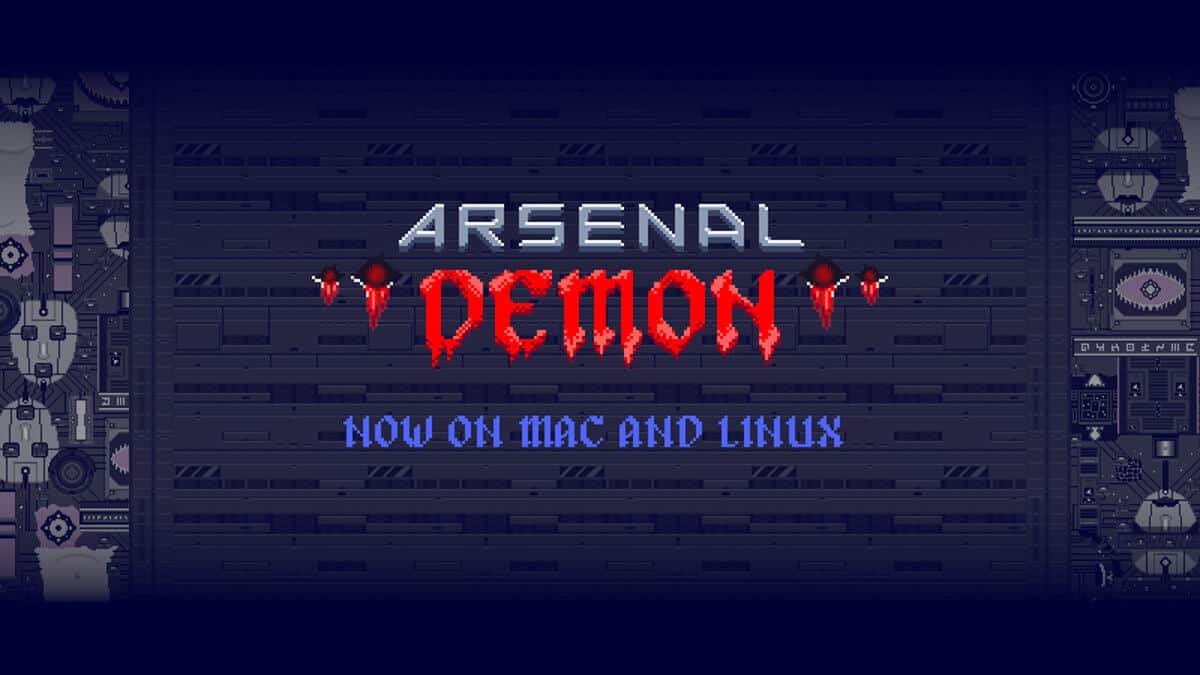 Arsenal Demon arena shooter now has a Linux and Mac build on Steam. Thanks to developer Blast Programming. Available now with 100% Positive reviews on Steam.

Arsenal Demon will have you take control of a cybernetic war machine. While you face an endless stream of mechanical ‘Angels’. All in this in a tasty fast paced survival arena shooter.
Here you will probably appreciate the array of weapons available. Since you can also dual wield. Along with some impressive movement capabilities. Such as dash, double jump, and wall run. As you level up your skillset with intense action.

You can also clamp Demonic Shackles onto yourself. This will increase the power of the ever morphing Arsenal Demon arena. So you can level up faster with a higher score. But be sure to collect the various powerups. While you increase your overall strength.
The game also puts you in the hotseat. While you fill your critical meter using quick movements. Building up that potential for maximum destruction.

As with most arena shooters. You will certainly fight tougher enemies. Competing for the title of The Arsenal Demon. But doing so against real people all over the world. As you measure up your results in the online leaderboards. Since you are facing a rather brutal fight to survive.

Arsenal Demon releases on Linux and Mac. Also Windows PC you know someone willing to compete. Available now on Steam, priced at $7.99 USD.

Hell is Other Demons is a challenging platformer