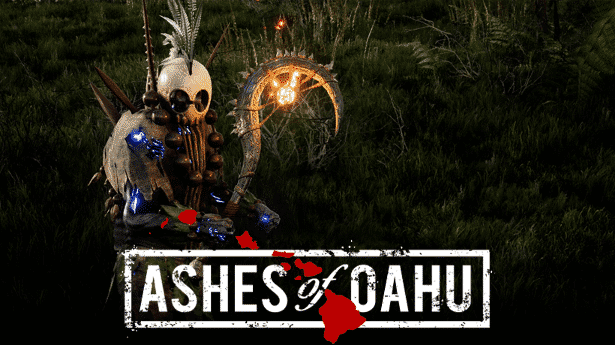 Ashes of Oahu RPG shooter games coming to Windows, but working on Linux support. Thanks to independent studio Wyrmbyte. Who are also eager to announce Ashes of Oahu. Or the game formerly known as Nightmarchers. The singleplayer game will release, Spring 2019.

The game is inspired by the unique stories. As well as traditions and beliefs of the Hawaiian Islands. All ready to provide players with a unique experience. Ashes of Oahu is an open world, story driven shooter. While you either work with or against the surviving factions. Taking place in a post apocalyptic Hawaii.

“We have had it running in Linux at one point. I’m not sure if it builds for it now. But I can try next time we do a build and see.”

Definitely some good news. The game engine of choice is Unreal Engine 4. Which usually works very well as a shooter.
However, details are also still on the fence. The Wyrmbyte already had the game working on Linux. I’m hoping the next build will work as well. So we can experience this unique Fallout type game.

“Ashes of Oahu tells the fictitious story of a Native Hawaiian Kai. As he fights to regain control of Oahu. Working with or against the different factions on the island.”, said Scott Brown, CEO of Wyrmbyte and Producer on Ashes of Oahu. “Our team of less than ten put together this epic Hawaiian adventure. And we’re also excited to finally be this close to letting you all experience the tale.”

In the months since Wyrmbyte’s announcement. This is an open world post apocalyptic RPG shooter hybrid. So the developers have been hard at work revamping the game. While providing the best possible open world adventure for players.
Wyrmbyte is also taking feedback from native Hawaiians to heart. And the name change to Ashes Of Oahu. Since this means removing any real gods names from the game. So ensures that the developer offers a faithful experience. But also respectful of the culture.

Some of the new and updated features:

With over 75,000 lines of dialog in this RPG shooter. Leading to over 100 possible ending combinations. The player choice makes each story unique. Along the way, players will unlock over 50 different skills. And also weapon enhancements. All following decisions helping to shape the gameplay experience.

Over the coming weeks leading up to launch. Wyrmbyte will be releasing more information about Ashes of Oahu. While the game rolls towards its Spring 2019 release. Such as a release date, price and Linux support. Also a Steam page.