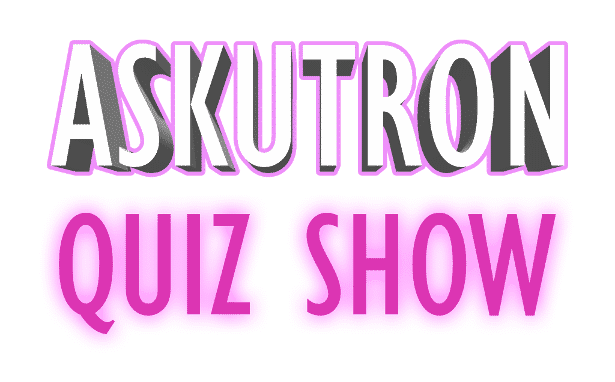 Goldsaucer Ltd. today just releases Askutron Quiz Show, the trivia party game. Since the games available now on Linux, Mac and Windows via Steam Early Access for 2017. The games robotic host reads out not only the 10,000+ English and German questions. But also questions created by players themselves. Since the quiz editor supports 18 supported languages.

So this a no-frills, family-friendly trivia game. Up to 8 players compete against each other locally or in the experimental online mode. Which itself will be refined throughout Early Access. Since the game also features several quiz modes. And you can be play using keyboard and mouse, gamepads or mobile phones.

Players can share their own themed quizzes via Steam Workshop. Also another way players will continuously be able to discover new specialized content. As well as the general trivia questions included with the game. Thanks to dedicated and industrious beta testers. Today players can already find user-generated quizzes. While these range from topics such as dinosaurs, Harry Potter, and Game of Thrones.

Also, the technology behind the game’s robotic host. Which allows it to read out questions in 18 languages. Such as English, German, Russian, Portuguese and Japanese. These are some of the same that powers Amazon’s Alexa and Echo. Since the game uses Amazon’s text-to-speech web service “Polly”. So the game can voice even user-generated content on-the-fly.

Askutron Quiz Show is available on Steam Early Access. The games also available with a 10% discount until November 19, 2017, for Linux, Mac and Windows.

Indie developer Goldsaucer Ltd. is consists of the twin brothers Markus and Mathias Kahl. Based in Durham (UK) and Berlin (Germany). Askutron Quiz Show is the first game released since the founding of the company in January 2017.