Ataribox reveals details of their device and Linux 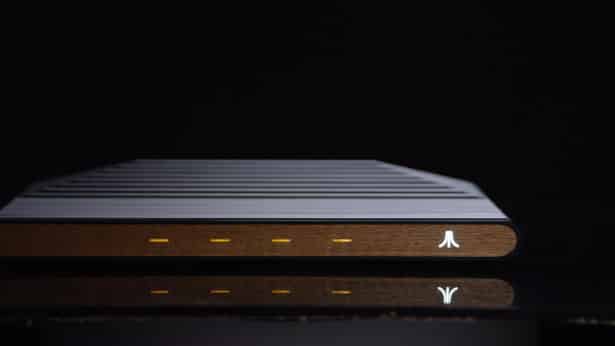 Atari, one of the world’s most recognized publishers and producers of interactive entertainment. So, they now have new information about Ataribox. Since the product brings gaming and more to the living room. The launch also signals a return by Atari to creating its own hardware in a broad eco-system of accessories and content.  Even though the device came to light three months ago. The company now has more than 90,000 registrations on Ataribox.com.

The device has a unique modern design, influenced by iconic Atari products such as the Atari 2600. So technology wise, it uses an AMD customized processor with Radeon Graphics technology (an interesting choice). While offering games and more: bringing a full PC experience to the TV. Since it will also include streaming, applications, social, browsing, and music.

Ataribox will run a Linux OS, with a user interface customized for the TV. Ataribox will launch with a large back-catalogue of Atari classic games. As well as current titles from a range of studios.  Additional details on content and partnerships will be available at a later date. Given the open nature of the Linux OS. Players will also be able to access and play compatible games from other content platforms.

Which should be interesting, since this will drive more and more developers to Linux. Atari has been around the games industry for quite some time. This change could mean a significant step up for Ubuntu and other distro’s. So it’s not just Steam pushing for native support anymore.

“With Ataribox, we wanted to create an open system, a killer product where people can game, stream and browse with as much freedom as possible. Atari games and content will be available as well as games and content from other providers,” said Fred Chesnais, Atari Chief Executive Officer. “We also wanted to launch Ataribox with our community, and reward our fans with exclusive early access, special editions, and include them as active participants in the product rollout.”

Ataribox will first be made available via the Indiegogo crowdfunding platform this fall, with targeted global launch in Spring 2018. The expected price range will be $249-$299 USD depending on specific editions and memory configurations.

“People are used to the flexibility of a PC, but most connected TV devices have closed systems and content stores. Ataribox is an open system, and while our user interface will be easy to use, people will also be free to access and customize the underlying OS,” said Feargal Mac, Ataribox General Manager. “We’ve chosen to launch Ataribox with Indiegogo given their focus on delivering technology products, and their strong international presence in over 200 countries, allowing us to reach and involve as many Atari fans around the world as possible.”

This push into Linux gaming could put the platform on the map. That and distro’s like Ubuntu and others could see a boost. I’m keen to know if Snaps or even Flatpak will be part of the game installs? So I’m eager to learn more about this device. Although that AMD graphics option is interesting.

Today, new assets are released on social channels including Facebook and Twitter. People can get access to early information and additional details by signing up at AtariBox.com.

Ataribox available for pre-orders this week

Atari VCS Pre-Sale will begin on May 30th