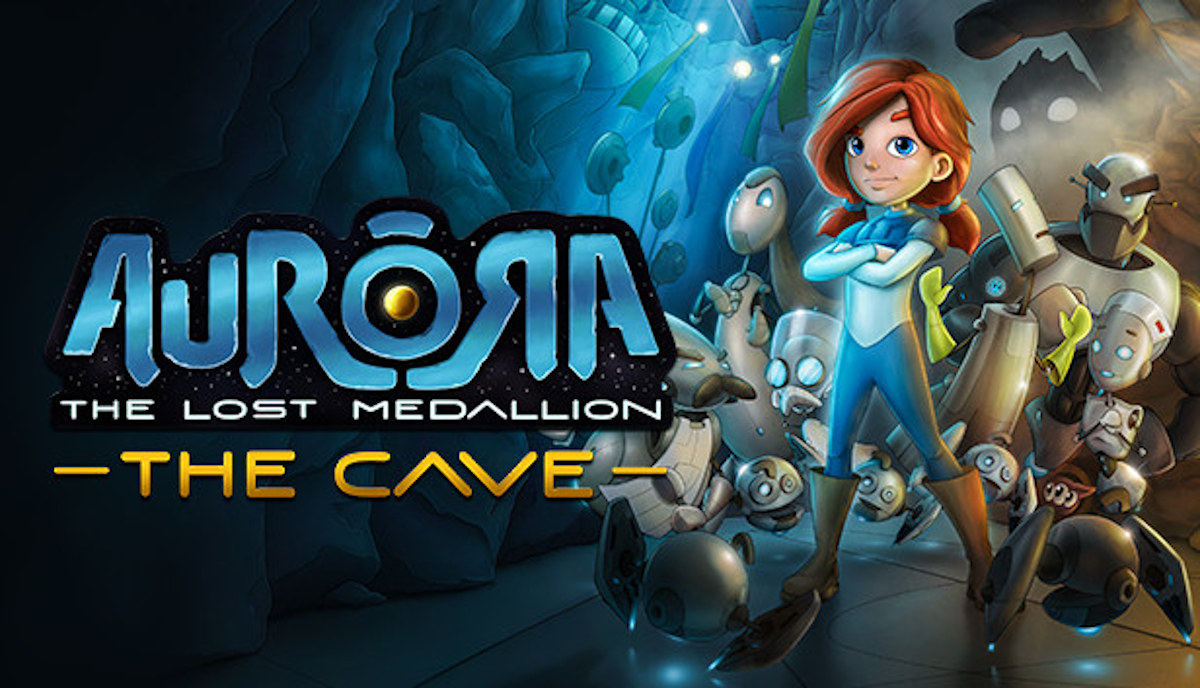 Aurora – The Lost Medallion point and click adventure game announced for Linux, Mac, and Windows PC. Which is the unique and inspiring work of developer Noema Games. Due to make its way onto Steam.

Aurora – The Lost Medallion is a 2D, hand-drawn, sci-fi, fantasy, point and click adventure game. In short, it is a family space adventure about an alien girl’s quest to find her identity. Inspired by old classics of the genre. The game also blends a mix of comedy and drama to form a story that tests your brain. While teasing your heart.

The Aurora – The Lost Medallion story takes place in the Trappist-1 planetary system. Which roughly 39 light years away from Earth. Below the frozen surface of planet Eedor, a group of children have spent their entire lives. Doing so in the safe confines of a technologically advanced cave. While being raised by artificially intelligent robots.

Without knowledge of their origins and only a voice recording to guide them. The kids also devote their lives to the maintenance of their underground society. Getting ready for the “Pilgrimage”. Due to being a recurring journey through the frozen wastes of Eedor, to the top of a hollow mountain. There they wait, under the dancing colors in the sky. All for a chance to speak with the “Voices”.

In Aurora – The Lost Medallion you play as Aurora. Who is the youngest person in the Cave. Raised by intelligent machines in a hidden world of technological wonders. Each guided by an equally mysterious voice. As the only child without a Voice to guide her, Aurora must test the rigid society of the Cave. Due to gain the title of Pilgrim and embark on an adventure. Trying to answer the unsolved question of her origins.

The point and click adventure game story sounds interesting. Be sure to add Aurora – The Lost Medallion to your Steam Wishlist and get notified when it becomes available on Linux, Mac, and Windows PC.