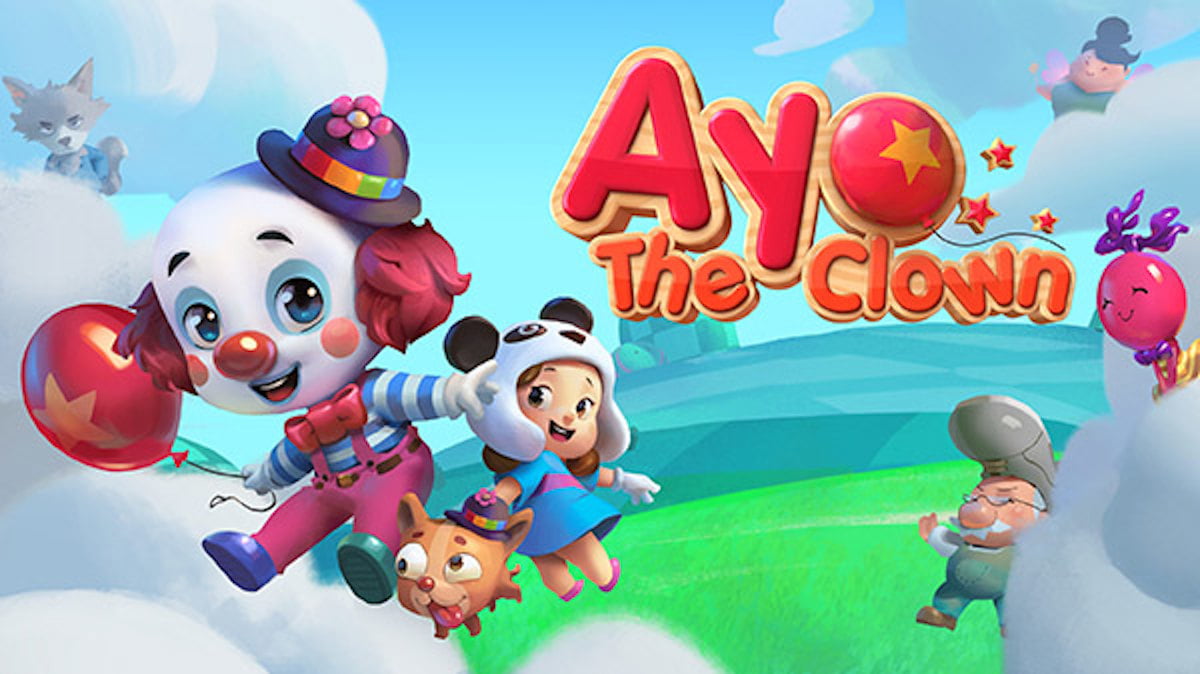 Ayo the Clown 2.5D platformer coming this Spring for Linux, Mac, and Windows PC. Thanks to the creativity of indie game studio Cloud M1. Which will work its way onto Steam soon.


The clown themed 2.5D platformer Ayo the Clown is due to release in Spring 2021. All due to a successful Kickstarter back in the fall of 2020. Getting ready to let players help Ayo the Clown as he embarks on a wacky fun filled adventure. Actually, his goal is to get his dog back.

On this crazy adventure, you play as Ayo, your not so average clown, in search of his dog. He also happens to be his best friend, Bo, who somehow disappears. What happened to Bo? Will they ever juggle together in the park again? Or create that circus act they’ve always planned?

Ayo the Clown’s journey will take him across eight regions from the lush Hills. While face off in the wacky Water World and all the way to sickeningly sweet Candy Land. Like all good adventures, you won’t be all on your own. Ayo’s world is full of friendly people and interesting creatures that are willing to help. But beware of the fiendish foes who are out to cause you harm. Pick up a water balloon, balloon sword, or toy hammer. You can also grab a dinosaur, helicopter, and tank (boy, that escalated). Everything a healthy clown needs to survive in the great outdoors, as you go about your quest. Plus the gameplay looks stunning. Even better played on Linux of course, but it’s also coming to Mac and Windows PC.

Since Ayo the Clown is not the kind of clown to make the same joke over and over again. You’ll travel across many uniquely themed platforms providing with plenty of laughs on the way. Working to reunite clown and dog. You’ll come into contact with larger than life bosses and hordes of enemies. Proving that this clown is much tougher than he seems. Using skills such as wall jumps, slope slides, and the headache inducing head stomp. This is where Ayo the Clown will show you that he has a lot of tricks up his sleeve. And throughout your journey be sure to keep an eye out for some lovely collectibles. These will be gems, rubber chicken, fart bags – you name it. A clown’s gotta get paid somehow.

“It’s been a dream come true creating video games so we’re very excited to bring Ayo the Clown to PC and Switch this year. We wanted to create a game that harks back to the platformers of yesteryear but with a modern day twist and fun artstyle to boot,” said Xiu Liang, Cloud M1 Game Director. “We know you’ll fall in love with Ayo and his friends while having a great time on his wacky adventure.”

Ayo the Clown 2.5D platformer is due to release Spring 2021. While the release date is still TBD, so is the price. But it is coming to Linux, Mac, and Windows PC. So be sure sure to Wishlist the game on Steam.