Basingstoke gets a discount and big update 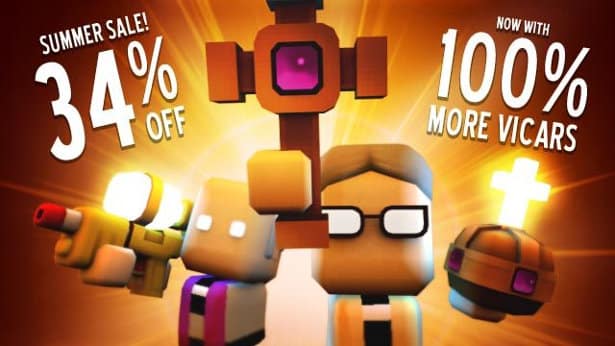 Basingstoke announces the first big update across Linux, Mac and Windows called the Vicars Update. Which also goes along with the Steam Summer Sale where for but a fleeting moment you may purchase Basingstoke with a 34% discount!

So now Puppy games have a big update with a host of new features.

What is in this big update:

So pick a character with a specific loadout and choose a map. While you see how long you can survive against ever-hungrier incursions of Basingtoke‘s finest citizens. Also do note, ammo respawns.

Gameplay is a tense roguelike that mixes stealth and arcade action. Explore the smouldering ruins of apocalyptic Basingstoke, UK. A world of extreme peril where reanimated undead and ferocious alien monsters also roam.

Your primary goal is to escape Basingstoke alive. Since this is what any normal person would want to do. Using a careful balance of stealth, distraction, backstabbing, running away, and as a last resort, extreme violence.

Basingstoke is also renowned for its fine blend of procedurally generated and handcrafted levels. With hordes of vicious monsters and leftover kebabs.

Puppy games are cntinually updating Basingstoke with bug fixes, tweaks and new content. Which also comes with more environments, character unlocks, items, recipes and monsters. As well as game modes planned and all for free. Since there is a new update every night in the “alpha” channel. Which then gets promoted to “beta” every two weeks. Stay tuned for more updates.

Basingstoke is available now on Steam for Linux, Mac and Windows. This of course means a 34% until July 5th.