Batman: Arkham Knight was released with #FPS #issues, but finally a PC patch that will alleviate some of those bugs. This patch was recently up for beta testing, then on Thursday it was announced on #Steam that owners of Arkham Knight could actually get the patch. If this is any sign of what is to come later for Linux and SteamOS, things are looking up for gameplay. Mind you, Feral Interactive will have a task at hand to make sure the game works smoothly.

Yorick from Warner Bros Interacive posted the update late yesterday and has already received a mixed reaction. Wading through the negative posts about the publisher and getting to the posts by Steam community members that actually commenting on the patch, reactions seem to range from the patch actually helping, to Arkham Knight being unplayable after the download.

Here’s a list of what was tackled in the update:

In addition to the above, we’re continuing to work on the following for future updates:

“We would like to thank everyone for their patience and invaluable feedback,” the statement said. “We’ll provide ongoing updates here as they are made available. In the meantime, please enjoy the game with the latest patch” 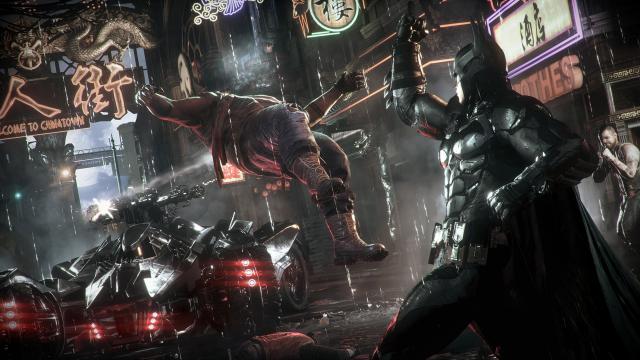 Batman: Arkham Knight to re-release on Windows PC next week

Batman: Arkham Knight is expected to make a retail re-debut this month