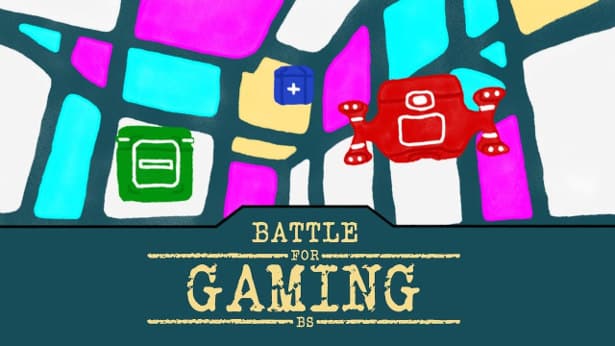 Battle for Gaming is the newest first person shooter game that launches for Linux, Mac and Windows. With the one time price. Players get full access to shop, Lootboxes and also the DLC management system. Even the Live Services, all includes with the base game on Steam.

In Battle for Gaming all in-game purchases are just there for player choices. So only cosmetic in nature. Developer Burgseiten Studios also wants the player to feel that pride and accomplishment. So you can get upgrades through DLCs, Lootboxes and Live Services. But with out crazy prices on top of the base game. Also note, Battle for Gaming is a singleplayer game.

Even though a lot of the tools used to create this game are open source. That one developer working on game develops out of his parents basement. So the cost for the games a steady flow of soda pops and coffee. Which is what that one single developer gets instead of an actual wage. So this justifies the urgent need for all the additional monetization schemes.
Since all those soda pops and cups of coffee will not pay for themselves, will they?

If you are ready to do battle in Battle for Gaming. The games launches for $6.15 USD right now, including the 12% discount until January 16th.

Songs of the braves DLC launches for Nantucket