Battle Royale Tycoon is a management simulation releasing on Linux, Mac and Windows via Steam. All thanks to the efforts of Endless Loop Studios. Which is also coming to Steam next month.


Endless Loop Studios is the creator of such titles as Ninja Tycoon, Hyper Knights: Battles, Blueprint Tycoon and Survivor Squad: Gauntlets. Now delving into a new type of simulation, focusing on the battle royale business. Hence the title, Battle Royale Tycoon for Linux, Mac and Windows.

So this time, Battle Royale Tycoon gameplay will have you design and build arenas for your guests to fight in. And it’s up to you to keep them happy, keep your workers organised and make a profit. Putting the responsibility on the shoulders of the player. And since this is an Endless Loop release, we know what to expect. 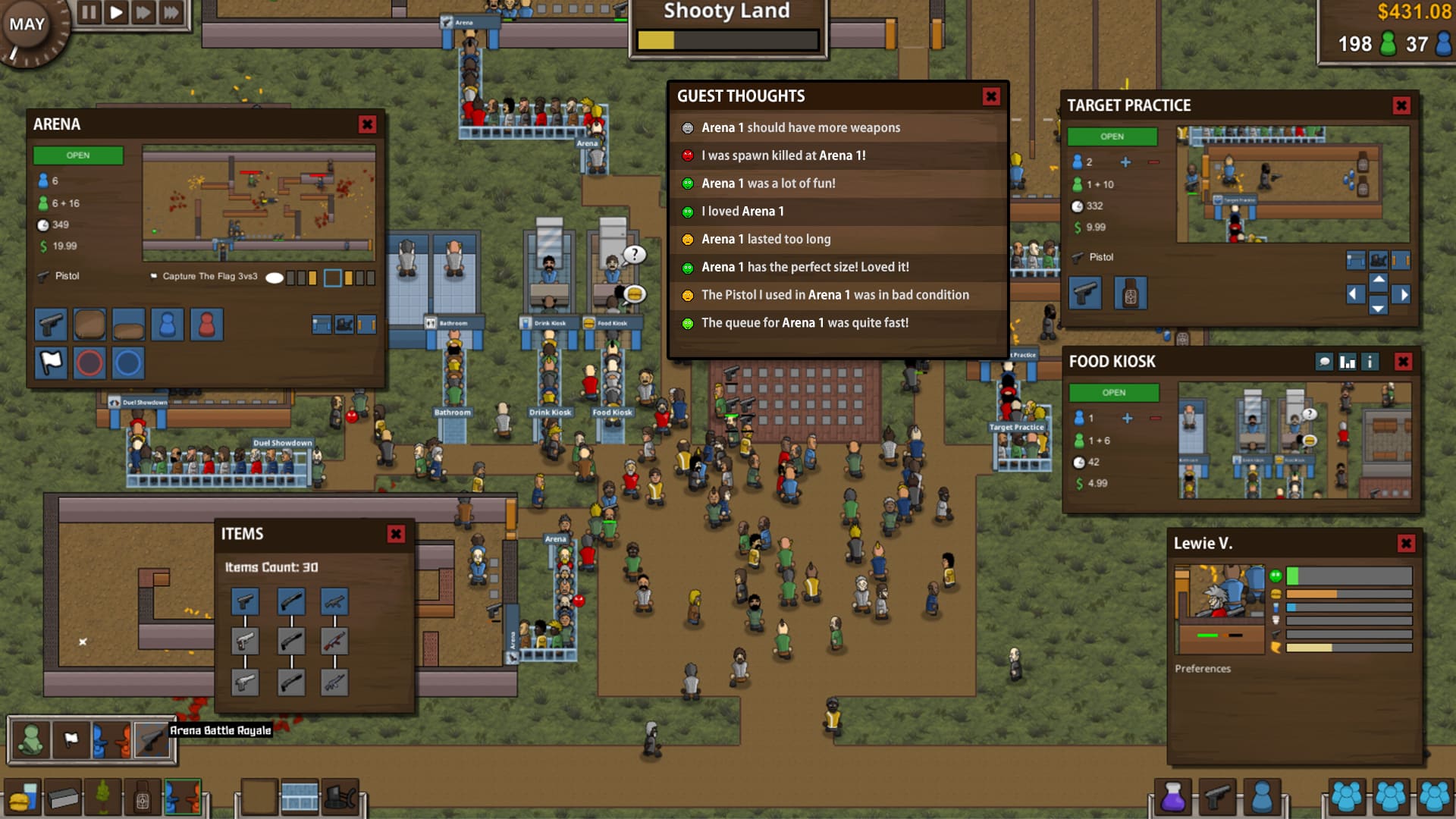 The style of gameplay seems to remind me of Cities: Skylines, you know, when you include a few expansions (minus the blood). Having to work to keep your your guests happy. Obviously turn a profit and of course keeping those workers busy.
Since I have no idea what battle royale requires. Battle Royale Tycoon is a full scale management sim about running your own battle royale show. So you will be building a park, filling it with combat arenas. And then filling those arenas with weapons and obstacles.

So what should you look forward too? Your arenas are not the traditional battle royale free-for-all. Team deathmatch and capture the flag modes are included. Plus there is a bit if comedy aspect, since you have to clean your arenas before each round begins. This should keep you workers busy.

Releasing on Steam in December:

The official launch of Battle Royale Tycoon is coming, December 10th. Releasing on Linux, Mac and Windows. No word yet on the actual launch price, but you can expect somewhere under $10 USD. 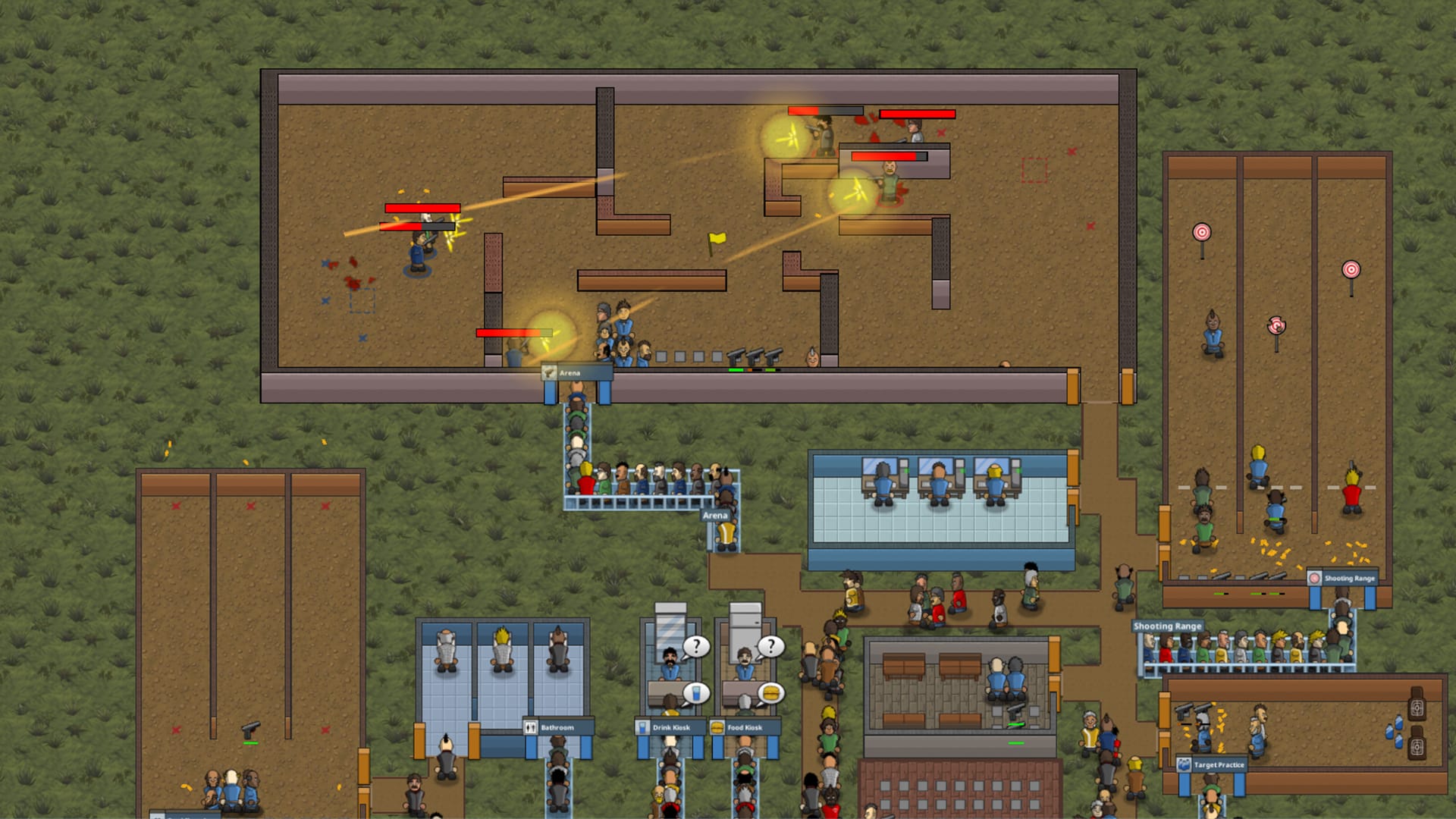 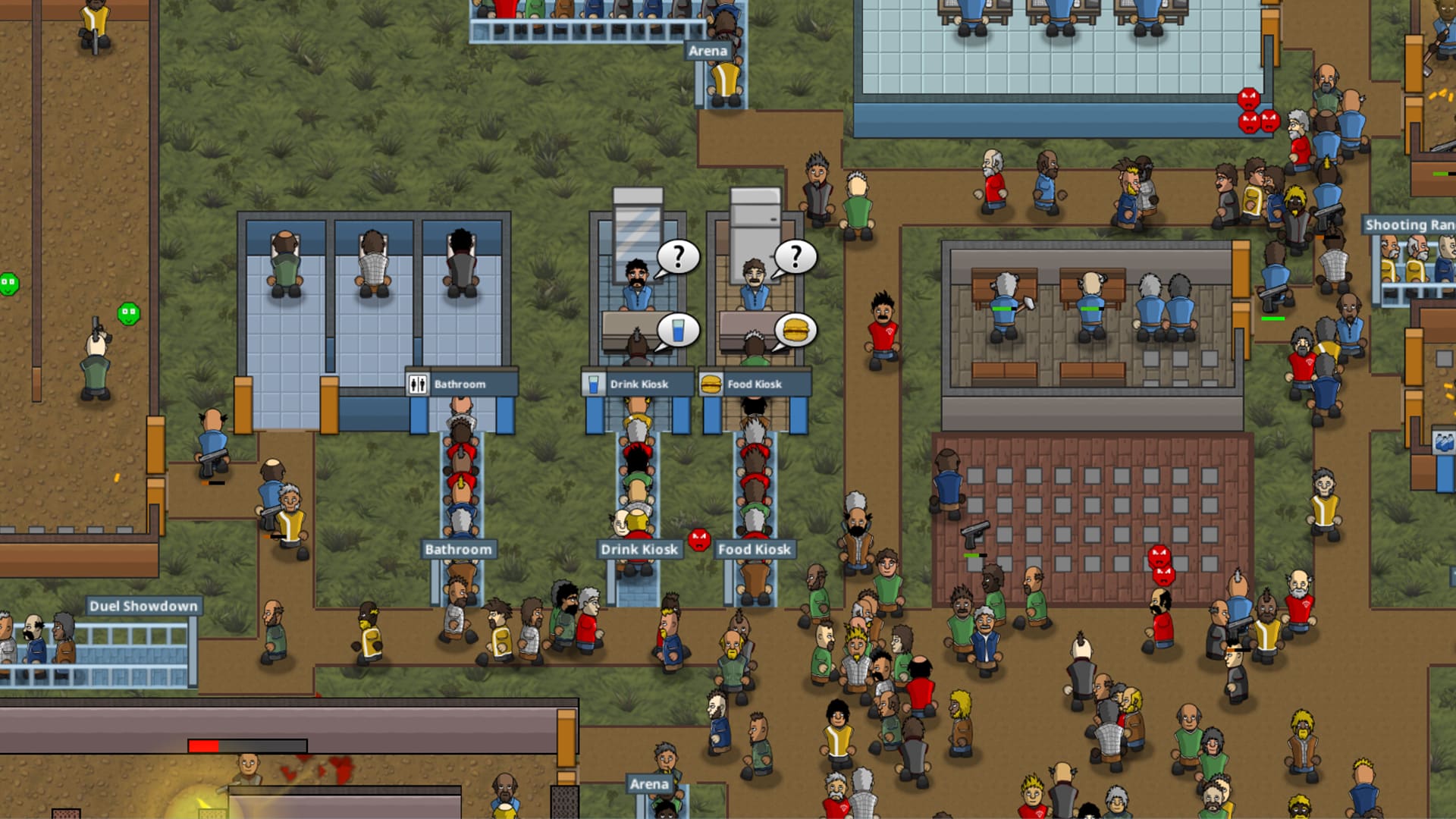