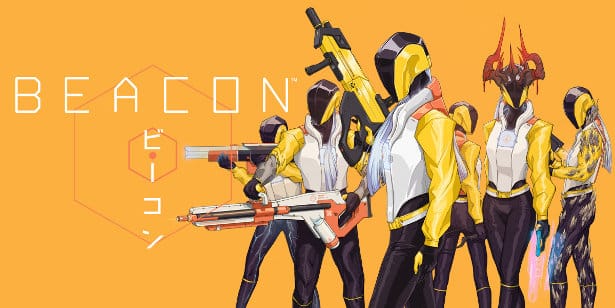 Beacon is fast action exploration game coming to Mac and Windows, but no Linux? So we reached out to developer Monothetic team. Who are finally announcing that on Monday, 30th April 2018. The early access build of Beacon will be made available to the public.

So expect to see this through Itch.io’s Refinery toolset. Also available for $19.99 USD. Since the games development uses Unity 3D, what about a Linux release?

“We’re building Beacon on the latest version of the Unity engine. We would love to port the game over to Linux at some point in the future. But given the small size of our team we’re staying focused on releasing it on PC, Mac & Xbox One. Before we look at branching out to other platforms.”

Since this is not a no, details seem to be based on success of the release. Which we have seen before. Namely Early Access releases, with limited platform support. So hopefully the DRM-free version from Itch will be playable via Wine. More to come soon.

Beacon is a science fiction-themed action roguelite that plays like a top-down shooter. Players will have to fight their way through a randomly generated alien world. Stuck in an endless search for your ship’s emergency distress beacon. Which is also the only hope to signal support after crash landing.

In your search you’ll not only find weapons and items to help you. Also be collecting DNA from the enemies you defeat. When you inevitably die, you have the opportunity to integrate the DNA from your collection into your genome. Allowing you to alter your statistics. And gain gameplay-altering physical mutations for your next clone’s life.

Beacon aims to combine fast, frenetic action with ambient exploration, giving the player a rich world to scavenge on their mission to find rescue.

Itch.io’s toolset provides a great amount of control over distributing in-development games. Making it perfect for the initial release of Beacon.

Monothetic wants to make sure that the game goes out to a (relatively) small number of people. Since they understand that this will be be finished product. And who might be keen to helping shape the game to completion. As such, the first release will initially have a limit of 1000 keys. With further keys being releasing later via demand.

So in the First Access build, players will receive the first four levels. Including over 20 enemy types and over 50 potential mutation. With more than 125 different items (including over 50 weapons).

Monothetic are planning to release regular content updates to the game. While they continue through early access, alongside changes stemming from player feedback and suggestions.

All purchases through Itch.io will also receive a Steam key for the game.

More information is available at beacon.monothetic.com. Since Monothetic are going about the release in a more objective manner.