Beamdog has #announced that its latest #project, Adventure Y, will be revealed in the spring.

“Keep an eye on the Beamblog in late spring for announcements regarding the content and release date of Adventure Y,” reads the post. “We have an exciting release planned for this game, something bigger than we’ve ever done before.”

Information on Project: Beartrap, another title in the works at Beamdog, will be discussed in late summer.

The studio said the project is a “departure in terms of what we’ve done in the past.”

Beamdog said Baldur’s Gate 3 isn’t in the works, “we will say there’s nothing in the works yet regarding Baldur’s Gate III or a 5th edition game. That doesn’t mean the opportunity will never arise, though, so we’re preparing by starting a tabletop 5th edition Dungeons & Dragons game here in the office.” But the firm thinks about the possibility on occasion and an opportunity may arrive for it in the future.

More project details and release information on both titles in the works will be announced on the Beamblog as the year progresses. 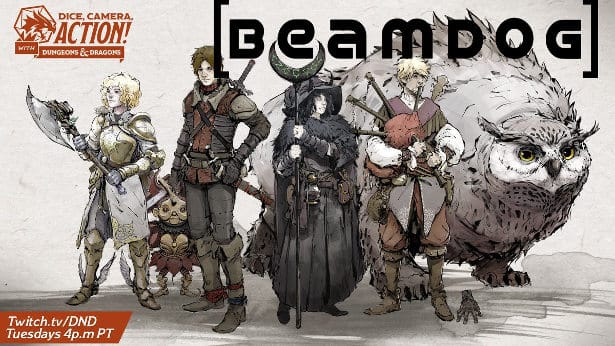