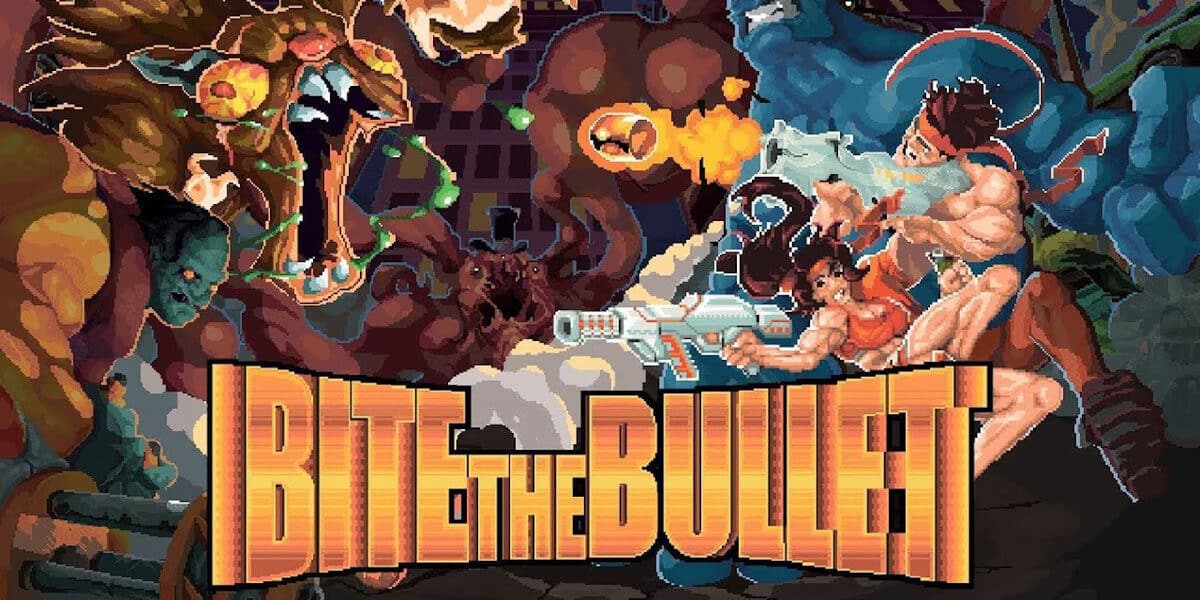 Bite the Bullet the roguelite RPG shooter gets a release on Linux, Mac and Windows PC. Thanks to the creative effrots of developer Mega Cat Studios. The games available with a discount on Humble Store, GOG and Steam. Plus further support for all you native streamers out there.

Bite the Bullet is the world’s first run and gun and eat game. Since the game is a roguelite RPG shooter. Gameplay also deals out intense action blending that with deep character customization. So that you can eat your way through armies of zombies, robots, mutant plants and giant boss battles. While using every dietary choice to build your skill tree and craft new weapons. Then unleash your inner Zombro. Strap on your bandanna. Grab your critter cannon. It’s time to eat.

“We couldn’t be happier with the project. And have immersed ourselves into the eating and gaming universe. Therefore, we can’t wait to watch player’s enjoy the depth and detail we’ve given Bite the Bullet.” said Nate Flynn, Creative Director at Mega Cat Studios. “We have done some serious method acting. By spending time with celebrity chefs, world champion competitive eaters, and game developers over the globe during the 3 year development cycle”.

Bite the Bullet bleeds into the real world. Since this give players the opportunity to use in-game heroics. Addressing the issue of hunger facing individuals around the world. Through a partnership with Feeding America. Players can also use their Bite the Bullet Twitch streams as fundraising vehicles for a good cause.

Feeding America’s mission is to feed America’s hungry. All through a nationwide network of member food banks. Then engage the nation in the fight to end hunger. Through an innovative Twitch outreach program. Feeding America is giving gamers the tools to make a real world difference. Every $1 a streamer raises can provide 10 meals to people in need. Certainly a further opportunity for Linux streamers to take up the cause.

Since Bite the Bullet roguelite RPG shooter gets a release. There is also a 25% discount on Humble Store and GOG. Dropping the price down to $11.24 USD. While Steam has a 20% discount. Therefore it’s your choice until August 20th, when the discounts end.