Home » Linux Gaming News » Bob’s Game is back and its on Kickstarter for PC, Mac, Linux, and Android

Bob’s Game is back and its on Kickstarter for PC, Mac, Linux, and Android

If you were in gaming circles back in the early 2000s, you probably heard, at some point, about Bob’s Game. An #independent game #developed by Bob Pelloni for the DS, it quickly became less about the #game and more about Pelloni’s “protest” of Nintendo, which rapidly got ugly. That said, there was a demo, but it’s unclear what happened to Bob and his game. Until now.


Yes, Bob is back, and apparently he has let go of his dream of publishing his game on a Nintendo console. Now, Bob’s Game is coming to Windows, Mac, Linux, and Android, and things have changed. The infamous cult Action RPG by one person- The last great 16-bit game! A mix of “Zelda,” “Pokemon,” “Harvest Moon,” and “Earthbound.”

Now it’s somewhat more ambitious in scale: Bob describes it as being a cross between about a dozen Nintendo franchises and an MMO. If that weren’t enough, now you can build your own puzzle games inside the game, which Bob claims makes his game “objectively” better than Tetris.

We assure you, that’s more or less a direct quote. In addition, the game is now about a game developer trying to make said puzzle game, and fighting against the evil game development corporation run by… uh, Bob himself. This is just the start of a rather elaborate plan about crossing over virtual and actual tournaments, the game developing in your game in real time, and, well, read the site for yourself. Bob is either having fun with us as performance art or something broke, back then, during the protests.

It is a game within a game about the development of itself in realtime, paralleled with a real life tournament to coincide with the virtual.

“bob’s game” blends the line between reality and simulation, and reality and extra-dimensional reality.

“bob’s game” breaks both the so-called “4th wall” and further yet- the “5th wall,” unlocking the secrets of “the Matrix,” or “the Womb” as it is referred to in some editions of the Bible.

“bob’s game” reveals the nature of the universe for what it really is to a generation that needs it the most.  “bob’s game” is the most important thing to happen to mankind in hundreds, if not thousands of years.

“bob’s game” is the vehicle for a prophecy, written by a “self taught” “genius” “prophet.”  It carries within it a message that will revolutionize society and change the world.  It is the beginning of a new era for mankind.

“bob’s game” actually alters reality itself for those who play it.  It is a key into another dimension.  It teaches the secrets of the heart, the secrets of mind control and psychic power to a generation that has has the wool pulled over their eyes by criminal syndicates.

“bob’s game” is the ultimate cult game.  It is a new religion for the modern world, inspired by and intended as a natural spiritual successor to previous disguised religion games such as Earthbound and Zelda and movie retellings of an ancient spellbook (The Old Testament) such as “The Matrix.”

We’ll give Bob this; he’s honest. He wants $20 out of you and, in fact, that is the only “tier” on this Kickstarter. $20 pre-orders a copy of Bob’s Game. Whether Bob will actually be able to follow through on his… grandiose promises is anybody’s guess, but it’s a new and somewhat fascinating chapter in a very strange saga of a cult game.

Surreal puzzler Back to Bed comes to Steam and Android 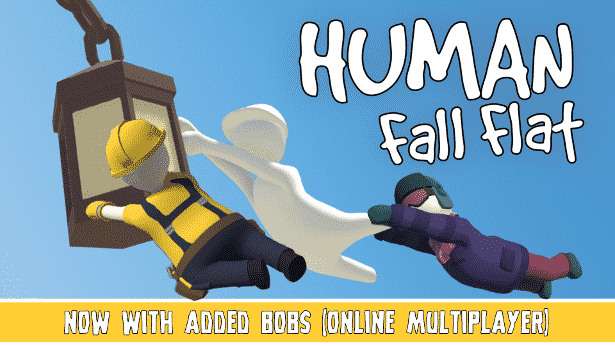