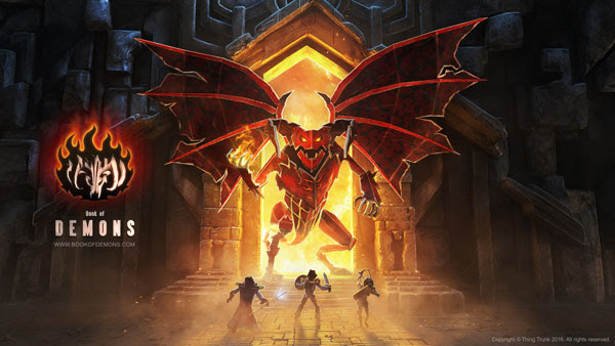 Starting now, players can #download a free PC demo of Thing Trunk’s Book of Demons, the highly rated #hackandslash #dungeoncrawler distilled to its purest form. Together with new end-game features, this marks the biggest update since the game’s launch on Steam Early Access just over two months ago.

“We are using our own engine. We definitely have Linux support in our plans but we want to do it after we feature-complete the PC version.
We are planning on leaving Early Access in Q1 2017. All the other platform support will have to wait for that.

Later on, depending on best approach (either we will upgrade our backend to support many platforms all at once, or we will be doing them one-by-one) we will be releasing Mac, Linux, and (maybe) mobile version.”

Developer Thing Trunk are obviously unable to issue a specific release date for Linux. However they are eager to release a native port. And being that a custom game engine is being used, this will mean patience. Early Access titles are a tough call, developers tend for focus on the PC side first due to popularity and minimize the support issues. You get the idea.

Standalone installer can be dowloaded HERE.

We did install the Free Demo from Steam using the PlayOnLinux and it does work nicely. As the game does support OpenAL and OpenGL. We would also expected the Early Access release to function the same way, which has now been officially tested and working really well on Linux.

More Challenging End-Game Mechanics – From now on, bosses will be immune to certain cards, forcing players to adjust their strategy on encounter. This takes advantage of the game’s hallmark feature, a card system that unifies spells, items, skills, and character stats.
Daredevil Mode – Players prepared for an even greater challenge can try Daredevil Mode, which adds a brutal permadeath mechanic.

More information about the update is available on the Thing Trunk development blog.

Book of Demons is currently available for Windows PC with a 30% discount on Steam until November 1st. Also, part of Thing Trunk’s Return 2 Games series, which focuses on creating memorable and engaging titles inspired by the early days of PC gaming.

For more information, visit the Book of Demons official website.

Book of Demons still no native support, why?