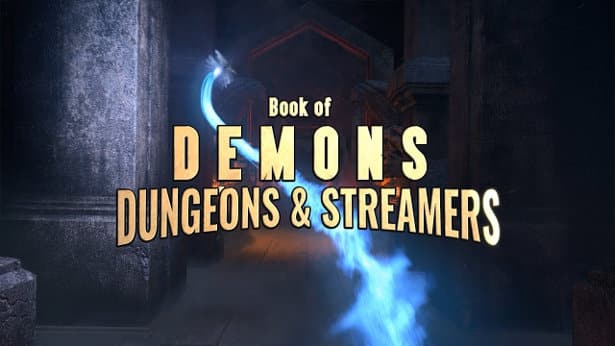 Book of Demons now has a free DLC “Dungeons and Streamers” on Mac and Windows, but playable via Proton on Linux. So now Thing Trunk’s unique deck-building, papercraft Hack and Slash has a further integration. While the team brings a unique Twitch and Mixer interactivity to streamers and audiences alike.

Check out the new Book of Demons trailer showing off the exciting, interactive features. Which is available exclusively in the Dungeons and Streamers DLC.

The Dungeons and Streamers DLC allows Twitch and Mixer streamers a highly configurable way to interact with their audience. While they works to progress through Book of Demons. So this free DLC increases interaction between streamers and fans beyond the mere chat window. While adding a new Help or Harm mechanic to gameplay.
So Help is straight forward, assisting the streamer by dropping in health potions and bonus loot. Or Harm them by throwing more monsters into their path. All the while, streamers remain in control of their game by enabling or disabling features. And also selecting the strength of the audience’s interaction with the game. Turning the challenge up or down depending on fan response. Talk about free unpredictability.

Book of Demons is a Hack and Slash deckbuilding hybrid. If you recall earlier this month, developer Thing Trunk shelved Linux support in favour of Steam Play aka. Proton. However the new Dungeons and Streamers DLC seems to work on Linux.

So while you start the adventure where YOU decide the length of quests. Players get to wield magic cards instead of weapons and slay the armies of darkness in the dungeons below the Old Cathedral. Save the terror-stricken Paperverse from the clutches of the Archdemon himself!

Book of Demons is the first instalment of Return 2 Games. A series of original mid-core titles, inspired by the early golden days of PC gaming coming from Thing Trunk.

Book of Demons launches for Windows and Mac on December 13, 2018. Which is playable via Steam Play on Linux. And yes, it’s worth it. Priced at $24.99 USD on both Steam and Humble Store.