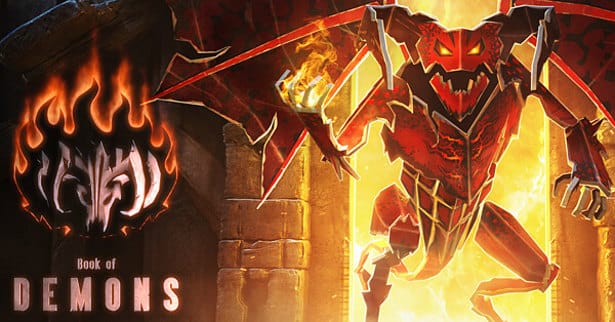 Book of Demons is a unique deck-building, papercraft hack and slash for Windows and Mac, but not Linux. Since a recent Steam post from developer Thing Trunk outlines some very “sad news”. The studio announced it is “shelving” the native port due to development issues. A game that also released with Mac port, just last month.


Since Book of Demons is currently in its remaining months of Early Access. While the final release is expecting to happen before the end of the year. It seems Mac support is where the things end according to Think Trunk. The recent details outlined on Steam have the developer shelving the Linux port due to development issues. These range from “sound was crackling, resolutions going haywire when the window was minimized and the OpenGL renderer being at least 30% slower.”

While having a solid ongoing relationship with Thing Trunk. I emailed the developer last month after the Mac release. To my surprised, there was no reply regarding Linux support what so ever. Now we have a Steam Discussion post outlining why.

“The reasons are twofold. We had as many different issues with the build as testers. With each flavor of Linux came different issues. As you know we planned to launch Linux port at the same time as Mac port. However, the bug fixing for Linux took us two weeks longer than on Mac. Right now everything indicates that Linux port would be very high maintenance. This is a serious problem for a team as small as ours.”

While this does present a problem for Linux gamers. There may also be another factor to look into shelving the port, market share. The developer issued a reply back in November 2017 which somewhat caught me off guard. Since Thing Trunk are taking the Steam Hardware survey into consideration.

“I can tell you that we have ported our graphics engine to OpenGL. This opens a way to both Mac and Linux ports.
Sadly, based on Steam Hardware Survey data, Linux users make up only about a 0.32% of Steam users. So Mac will be our first choice. Sorry for that but we have to take those numbers into consideration.”

Okay, so now the Linux gaming market is still below 1% in the more recent Steam Hardware Survey. Which could also be a factor along with the “very high maintenance” issue. And since Book of Demons already holds a Very Positive with at least a 90% review score. There is no lack of attention for the game.

I personally tested to make sure the game works via PlayOnLinux back in 2016. So naturally Proton support would be a natural fallback for the developer.

“Then there is the Proton. Turns out that when we set native port live Proton stops working (which, in hindsight, was to be expected). We had cases where the game worked perfectly for some Linux users on Proton. While the native port struggled with issues on the same machines.”

But there is a small upside to all of these details. Since Thing Trunk do plan on continuing to support Book of Demons via Proton.

“Actually, our native port was much slower than the game played in Proton (as I mentioned we had performance issues with OpenGL renderer). By “official support” for Proton we mean that if issues specific to Proton occur we will work on fixing them…”

Being that most people see this is a major setback, I included. The fact that we have Proton to fall back on is a safety net for Linux gamers. Maybe not the one most people are expecting, since Linux support was supposed to happen. The developer did give it a go and there are too many issues. And they are using their own custom game engine, which is also another factor. Had this been a Unity 3D game, we would have Linux support?

Book of Demons is available on Steam and Humble Store, priced at $19.99 USD.

Also, don’t shoot the messenger, but the game is worth play.