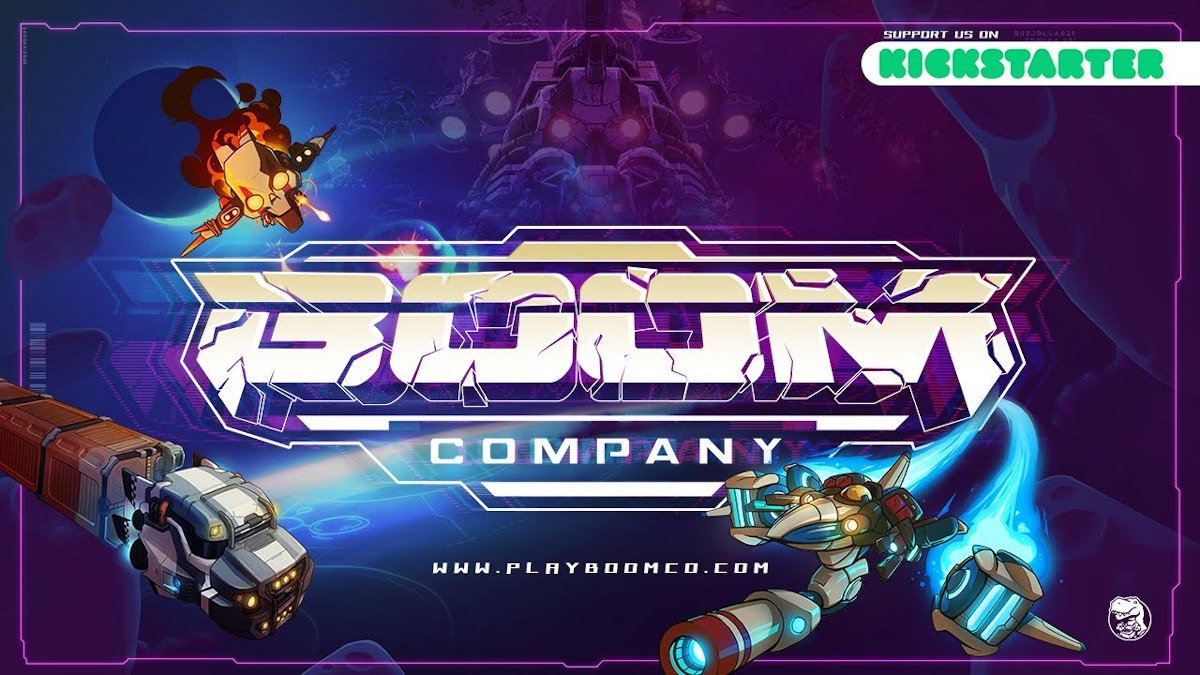 Boom Co top-down aerial shooter games due to start funding for Windows PC and Linux. Thanks to details from developer Burt’s Games. Working to making its way onto Kickstarter soon.

Last April 28th, game development business platform GDBAY announced the list of winning teams. Due to offering the best proposals in the Global Games Pitch ’21 the PC / Console edition. This was sponsored by Xsolla. So of course Burt’s Games is eager to announce Boom Co as one of the three winners. Although, placing second overall.

The announcement is on the cusp of the pre-launch phase for the game’s crowdfunding campaign on Kickstarter. Which is due to arrive in July 2021.
The Global Games Pitch is an international competition. While inviting indie game developers to present their upcoming titles to the community of peers, publishers, and potential investors. So of course, reaching out to Burt’s Games, they have plans for Linux support.

The game engine being used is Unreal Engine 4. And especially since Steam released their own console, you can definitely expect a Linux port.

This is a rather interesting reply, but still a pleasure to see a developer committing to Linux. Boom Co is among the top 3 titles selected for the PC and Console category. Sponsored by game industry solutions provider Xsolla. The Global Games Pitch is instrumental in helping small studios get institutional support. While putting their game projects in front of a worldwide audience.

“I’m extremely happy that our team got the recognition it deserves. For I see them work extremely hard on making sure the game looks good and plays well,” said Burton Wong, founder of Burt’s Games. “I would like to thank them for their contributions. And I will do my best to support them to make sure their excellent work gets out there for everyone to see.”

The debut title of BURT’S GAMES, is a video game development company headquarters in Hong Kong. Boom Co takes place in a vast and outlandish sci-fi universe. This is also a top-down aerial shooter with rogue-lite mechanics. Boom Co lets players pilot a powerful prototype ship alongside a motley array of intergalactic oddballs. Then engage in a frenetic, high octane, deep space dogfights.

Boom Co takes place after a series of random mishaps. Where an unlikely hero wakes up in a distant part of the cosmos far into the future. Amid an intense battle between rival factions for coin and control of a hyper capitalist star cluster.

Unwittingly “employed” by the infamous crew runner Todd. This is where our hero winds up, quite literally, at the helm of the Lightning Colt strike vessel. While taking on myriad odd job contracts from the feuding organizations.

Can our Boom Co hero survive the extremely hazardous corporate combat? All to and get paid enough to find a way home, or at least, get the heck out of there.

For more details, check out the official website. More details coming soon as the Boom Co arrives on Kickstarter.

Projekt Z shooter to get a full release