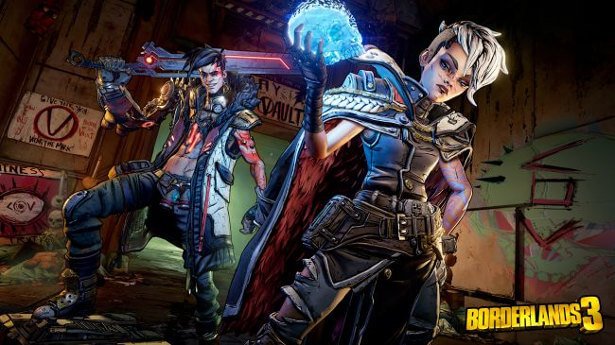 Borderlands 3 is coming to coming to Epic Games Store this fall for Windows PC, no word on Linux. Which will arrive on September 13. And yes, the Epic Games Store, will be the only place to buy it on PC. At least until the release in April 2020.

Borderlands 3 will have a six month exclusive. Before the games release “on additional PC digital storefronts.” According to a press release from 2K. Which also explains what game engine is being used. Hence Unreal Engine 4, which we already new.

“Our mission, in addition to delivering the most engaging. And captivating entertainment experiences. Is to embrace new distribution platforms. That will contribute to our effort to grow the audience for Borderlands 3,” said 2K President David Ismailer via the press release.

Although the details didn’t elaborate on the Epic Store listing. Or how it will grow the Borderlands audience. But Epic provides some relevant numbers at GDC. Announcing that the store has 85 million registered users. And 40 percent of those users don’t have Steam installed. At least according to Epic’s survey.

This is also a bold move by 2K and Take-Two. Apparently the Epic Store is more than just hype. Which also does not have Linux support in their plans.

“2K/Take Two has exclusive publishing rights for Borderlands 3. And makes all decisions regarding price points. Territories, distribution and platform partnerships,” Gearbox CEO Randy Pitchford tweeted. “Please direct all inquiries regarding any of those topics to 2K.”

Pitchford follows up, “exclusives are fine when they come w/ advantages. And when they are short—say, six months.”

Also expressing appreciation for “Epic’s leadership with cross platform support.” Which could lead to a Linux release. Who knows, maybe Epic games have something up their sleeve. Or we will have to wait for a Linux release on Steam.

The standard version will be $60 USD. Since this includes the game. Although pre-ordering any edition gives you “gold weapon skins.” And a “weapon trinket” Which seems to be cosmetic.

So then we have the middle pack. An $80 Deluxe Edition and the $100 Super Deluxe Edition. This includes a bunch of in game cosmetics for Borderlands 3. Plus both loot boosts as well as XP. Here’s the breakdown:

The Borderlands 3 Super Deluxe Edition gets ‘super’. Since this includes “Butt Stallion weapon skin, weapon trinket, and grenade mod.” Which also includes the season pass. Unlocking “four campaign DLC packs. Featuring new stories, missions and challenges.” Then after the initial launch. The Super Deluxe Edition will increase from $100 to $120 USD.

Those loyal to Steam should look away. Gearbox will be livestreaming an “extended gameplay reveal” on May 1st. Check out the announce trailer above, too. Or head over to the pre-order page and on Humble Store for Borderlands 3. At least for a peak.

Opening up Unreal Engine 4 and the Unreal Diaries