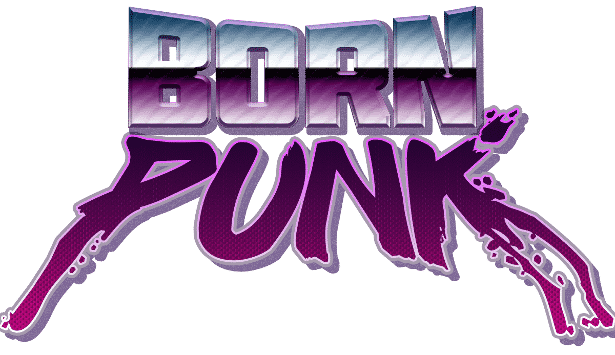 Born Punk point and click adventure games coming to Kickstarter with a demo for Linux, Mac, Windows. Thanks to Australian game developer Insert Disk 22. Who are also announcing the Kickstarter campaign. The cyberpunk-themed games coming on February 5th, 2019. But, in the wake of this news, we already have a playable Demo available now.

Born Punk takes 130 years in the future. An the formerly Danish island of Bornholm. Where the player takes on the role of Eevi Rinasdottir. A former corporate combat hacker. Whose brain-computer is also infected with a rogue artificial intelligence.

While on her quest to find out how she came to be in this situation. She will uncover a plot that will change the future of humanity forever. With a heavy emphasis on player agency. There is also a thrilling storyline exploring transhumanist themes. Along with lighthearted humour alike. Born Punk is working to create the spirit of classic point and click adventures.

In the accompanying gameplay demo. Players are able to experience most of the anticipated features of the game. Since Eevi has to make gameplay decisions that involves four different ways. And approaching the different scenario she faces. While showcasing the games commitment to letting the player choose their path.

Voice acting is already complete in the demo as well. Since Eevi is voiced by an US army Iraq veteran. Also giving the virtual character authentic, convincing depth.
Insert Disk 22 adds multiple examples of the extensive library of lore. Which players will eventually be able to find. This lore will also build and expand the history. All focusing on the life on the island of Bornholm. Attracting the player to delve deeper into the carefully written world of Born Punk.

“We want to tell a story of strife. But also one that shows that there is always hope. Eeven in the darkest of times,” said Falko von Falkner, founder of ID22. “In order to do so, it is vital to give the player as much agency as possible. Choices and consequences in the context of point and click adventures. Which are only very rarely explored.”

“Through the eyes of Eevi. Wwe will look at a world in which multinational corporations. And tech giants that have free reign over our lives. And we will let the player make their own decisions. Wwithin the story we are trying to tell,” Falko continued. “Violence vs pacifism, subterfuge vs honesty, thought vs instinct. We will explore all those themes. But we will also stay true to the roots of point and click adventures. Things will always have a bit of a humorous undertone.”

Born Punk will also feature hallmarks of the point and click adventure genre. The player will spend a lot of their time trying to solve puzzle. This are also logical and perception-based puzzles. Where players combine items or use. Also affecting the game world and driving the story forward.
A lot of attention is put on ensuring a pattern. So that the puzzles follow a comprehensive manner. When there is no puzzle available, this means interaction with the characters. So the game’s wacky will push the narrative forward. Since Eevi will meet personalities like 8-bit rapping android nerds. Also bartenders who replace their natural hands with cocktail glasses.

The Kickstarter will not be live until February 5th. But you can download the demo from itch.io now for Linux, Mac, Windows.