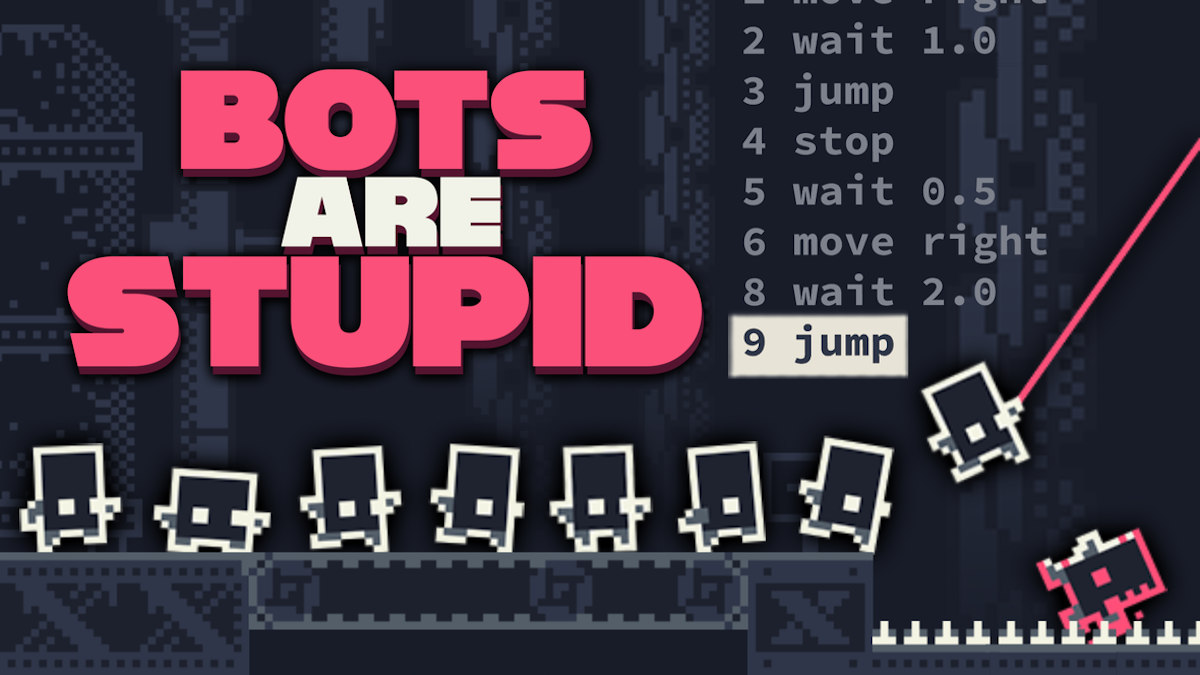 Bots Are Stupid 2D platformer game Demo is live on Linux, Mac, and Windows PC. Due to the genius behind developer Leander Edler-Golla. You can play and get a sample of the game now on Steam.

These bots are out of control – literally. So now solo developer Leander Edler-Golla and Yogscast Games are eager to announce Bots Are Stupid. Which is a unique instruction-based platformer, due to release in November. A playable demo is available to download now on Steam, for a limited time. Which is actually pretty good.

Bots Are Stupid is an ultra-precise 2D platformer game where you give bots simple instructions. So you can have the bot run, jump, and use grappling hooks. You can also work out speed boosts and more by typing a series of commands. Which is also more of a test of your skillset, rather than directly controlling them. Keep your code clean and complete each level using the minimum amount of commands. Or just run wild and generate over the top ways to reach the goal.

Command your bot through more complex levels using simple, easy to learn instructions. Create your own levels to share with your friends using the easy to use Bots Are Stupid level editor.

Bots Are Stupid 2D platformer game can be added to your Steam Wishlist now. Doing so ahead of the game’s release next month. Which is coming to Linux, Mac, and Windows PC.

Bots Are Stupid now has a release date