Bots Are Stupid platformer out soon 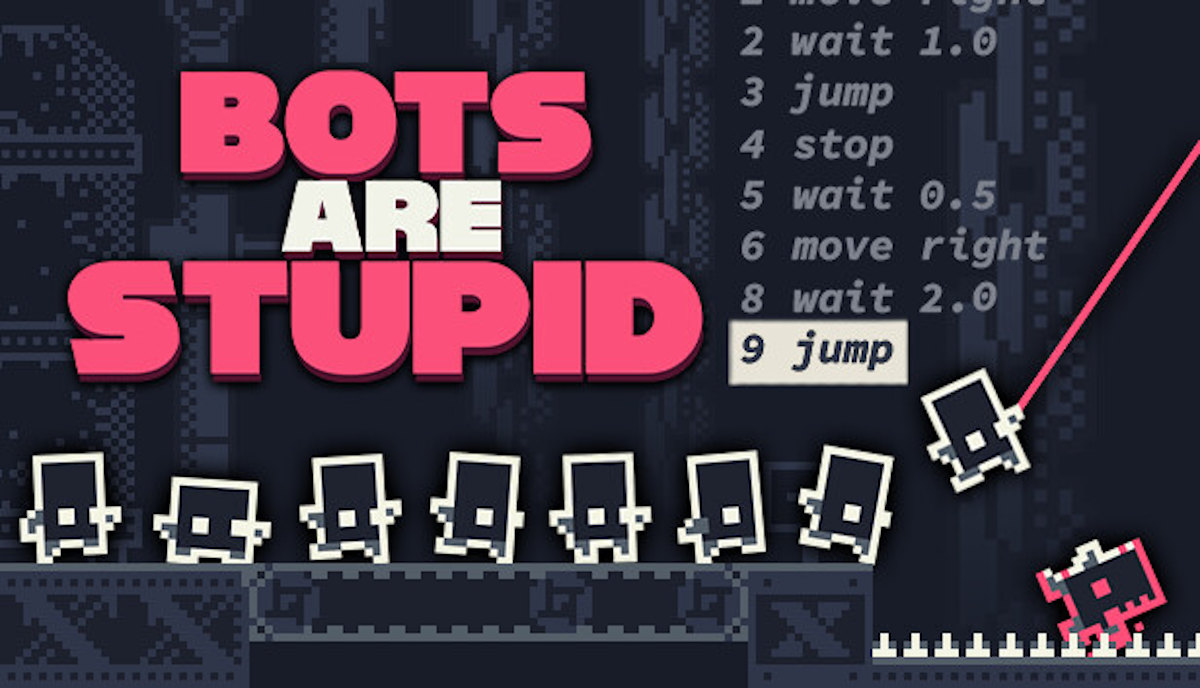 Bots Are Stupid precise 2D platformer game to release soon on Linux, Mac, and Windows PC. Which is the result of the work from developer Leander Edler-Golla. Due to makes its way onto both Steam and Humble Store.

Bots Are Stupid takes the 2D precision platformer genre. Now due to filling it with an infinite supply of bots and unique instruction-based control method. It is certainly a unique method of testing players. Rather than having direct control over the bots, players must use the game’s simple programming language. Due to instruct their bots when and where to move. Also how to use grappling hooks, navigate speed boosts, and more to reach the exit. This is a true test for Linux players. Even though there is no release date just yet, the developer’s email does focus on December 15th.

Master the 40+ campaign levels or create and share your own with a detailed level editor. Create crazy courses and devise dastardly challenges for other players to overcome. Doing so before showing them how it’s done with the Bots Are Stupid downloadable replays.

Try out the free Demo on Steam, with native support for Linux, plus Mac and Windows PC.

Bots Are Stupid precise 2D platformer game is due to release on Linux, Mac, and Windows PC. This also includes day-one support, sometime around the middle of the month, or so. Due to arrive on both Steam and Humble Store on December 15th.

Bots Are Stupid now has a release date