Caffeine is the latest in a run of recent games switching from rival engines to Unreal Engine 4, and its creator #DylanBrowne has explained the switch in a new interview. 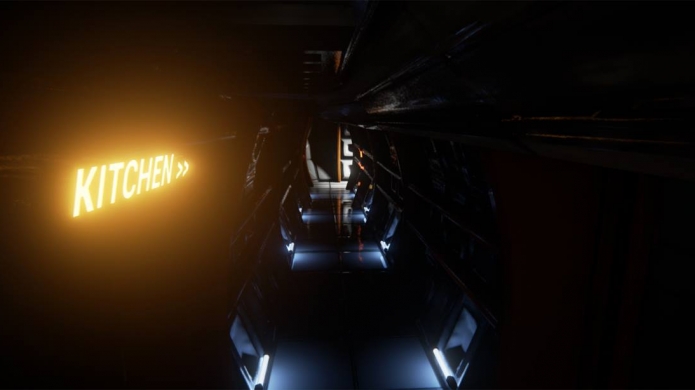 It follows VR adventure game Loading Human making the leap from #Unity to Unreal Engine 4, along with, Project Morpheus support and a mass script re-write. It’s now quite different.

Speaking with AusGamers, Browne said of the switch, “I went to UE4 because I really wanted Caffeine to stand out graphically, and visuals to me are quite important. Even just for the storytelling part of Caffeine, if you can make it look really nice it adds to the experience. I also just really wanted UE4 and I did contact them [Epic] but I didn’t get very far.

“Literally the week after I contacted them though they released UE4 SDK to the public and I went straight over to it. The process didn’t take me very long to transfer everything – within a week I had a new trailer for it in the UE4 and had most assets converted over.

“As well as that, the performance was much better moving into the UE4 compared to UE3. I found that with the previous engine, it didn’t really like big textures and with UE4 one of the main graphical reason was reflections. In UE3 the only way you can do reflections is by re-rendering the scene again, which takes a massive performance hit and it can only do flat reflections. ”

Browne added that while Caffeine is coming to PC, Mac and Linux, the switch to Unreal Engine 4 hasn’t hampered system configurations at all. “On the whole it performs a lot better,” he revealed, “and still has the ability to compile for Mac and Linux I believe. Also they [Epic Games] have just released interim support for SteamOS compiling, which shouldn’t take them long to get out for the main release as at the moment its a bit of an alpha release.”

“I haven’t fully dabbled in it yet, but apparently the new engine has better support for Linux compiling as well which should help with development. I know that from my personal attempts at trying Linux it involves a lot more but hopefully its a lot easier with the prerequisites for it built in. Also the engine still obviously supports console architecture but you require permission for licensing to those individual platforms. ”

You can download the Caffiene pre-release demo here, and start playing now along with pledging for the title on Indiegogo.