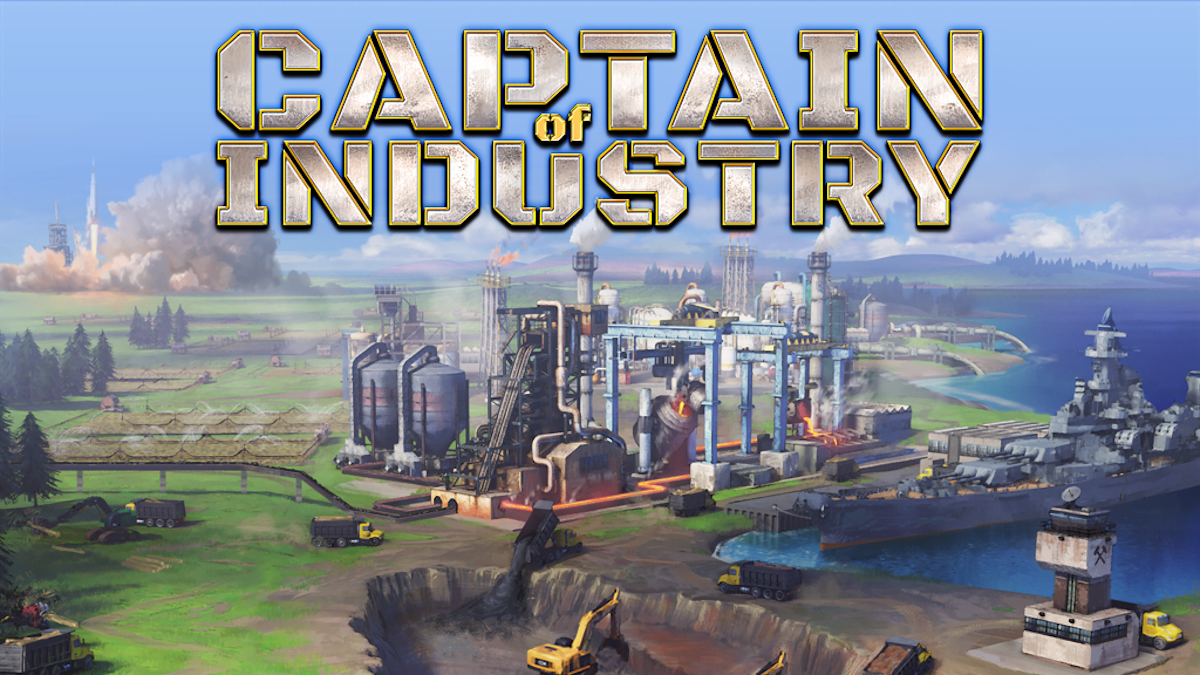 Captain of Industry transitioning into Early Access for Windows PC, with Linux and Mac game support due later. All due to the ongoing creative efforts of developer MaFi Games. Due to arrive soon via Steam Early Access for 2-3 years.

Captain of Industry gets us close as possible to the realism of building a successful self-sufficient island. Where many games offer unlimited resources, Captain of Industry gives the player the truth of mother nature. Since resources are not infinite and even water can’t be taken for granted.

After a global crisis where everything you know is wiped out. Here you land on a deserted island with the huge task of creating a sustainable industrial society. While trying to start again and trying to start better.

As the Captain, you must gather the workers that will develop and build your industry. To start off you build a lighthouse as a beacon to attract refugees to your island. All due to help build a thriving society. Managing a population is just the beginning. Once you have a workforce, developing and building begins.

The Captain of Industry Beta is in a good shape. While not perfect, MaFi Games are moving on and start working on the Early Access build. They will stop updating the beta build and focus solely on the EA build. But this is due to break save compatibility. The first big feature is a Recipe book. Letting players explore how products are created or consumed. This also comes along with another feature, Storage alerts for both highs and lows. With an overlay letting you see obstacles for vehicles. Which works well with a new Planning mode with pause, making creativity a bit easier.

You must juggle the mining of resources to construct factories in Captain of Industry. Setup oil rigs and power plants whilst establishing farms to feed your population and maintain all of it. The game makes you face the realism of time and its effect. Whether it be climate change, pollution levels, or the aging of your machinery. In Captain of Industry, your job is never complete. Finding the most efficient way to use and replenish your resources.

And there are plenty of resources to look for in Captain of Industry. Such as wood, coal, iron, copper and so much more. You might take the easy way and spend them lavishly to build your empire faster and cheaper. However, this decision will hit back sooner or later, when valuable resources are not so easy to get anymore. On the other hand, players that create a strategy from the beginning and carefully plan their future. Due to find themselves at an advantage as the game progresses.

And of course, you don’t stay island bound as the Captain of Industry. To live up to your title task you’ll be the captain of a giant ship to pimp out as you see fit. Seeking out those much needed additional resources and citizens for your island. Because who doesn’t want to captain a massive phenomenal ship to support your thriving island? Or at least try to.

Captain of Industry is coming to Steam Early Access in Q1 2022. Due to arrive on Windows PC, but will transition to Linux and Mac during the 2-3 years of Early Access. In the mean time, you can Wishlist the game on Steam.