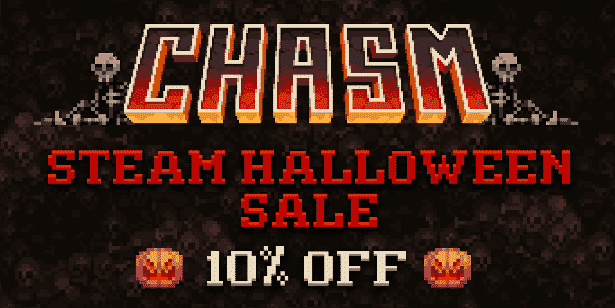 Chasm: the Guilean Arcade Pack available now on Steam for Linux, Mac and Windows. So thanks to developer Bit Kid, who take us back to 1992 where and the arcade is the place to be. Also the most advanced and challenging experiences around.


A mysterious new game has appeared that has all the kids at school talking. This map is different every time you play it. And the leaderboards reflect only those with the quickest wits. Since they have to combat its twisting dungeons, ferocious enemies, and unpredictable nature.

When people first play Chasm, many may not even realise the robust world building engine powering it. After all, it plays like a good old fashioned dungeon crawling Metroidvania. Bit Kid have tons of ideas of ways they could leverage the procedural dungeon creation engine. So they went to work and built their first DLC for Chasm. We can now welcome the Guilean Arcade Pack. And best of all, it’s free!

Unlike the main mode, which generates a full world map when you start up your campaign. The new Arcade Mode generates a new layout of the world on the fly. So leave a room and come back, and it’ll be a completely new room. You also have 8 minutes to explore each area of the world. If you don’t reach the next area or die along the way, your game is over.

The Arcade Mode is really three modes in one:

The Guildean Arcade Pack is currently only available on Steam, but we are working hard to bring it to all platforms as soon as we are able.

Chasm is available on Steam for Linux, Mac and Windows. Priced at $19.99 USD, but also includes a 10% discount until November 1st. Which is also available Humble Store, but not on sale.