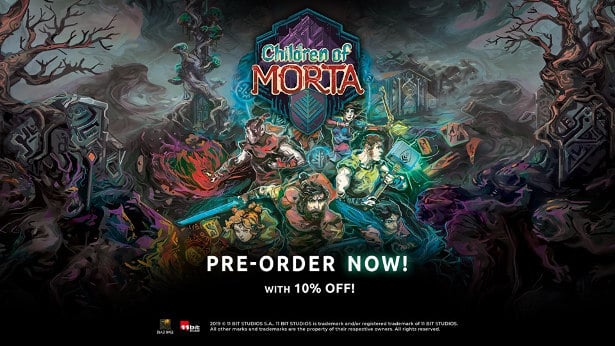 Children of Morta has a free preview and support is coming to Linux, Mac and Windows PC games. Thanks to 11 bit studios is proud to announce a Steam free preview event. The games Windows demo is now live on Steam.


So the PC demo launches now until 5pm CEST/8am PDT on June 22nd. For a limited time, lasting only 72 hours. Players will be able to experience this highly anticipated, story-driven, action RPG. Since we have developer Dead Mage to thank. While they give you a taste of the adventure to come.

Running together with the start of the free preview. Pre-order sales also begin on Steam, GOG and Humble Store. This includes a 10% discount in addition to access to the soundtrack at launch. Children of Morta is set to release this summer. According to a recent Discussion comment, including Linux too.

“We have not cancelled the Linux version friends. The aim is to have it when the game fully releases on Steam. If not day one then definitely in the release month. We love Linux and will make sure this game is playable on this fantastic OS!”

Children of Morta – Play now for free (Windows PC, not Linux yet)

Join a bizarre family in battle. While they face a mysterious and deadly corruption. One that threatens to engulf their homeland.
So the guardians of Mount Morta must stand firm. Going up against an ancient evil or lose all they hold dear.

In the Children of Morta preview demo. Which should work for most via Proton. Players will uncover the first chapter of the game’s story. Introducing two of the family members. Father, John, and his eldest daughter, Linda. The pre-release demo covers the story’s introduction. While giving an insight into gameplay. And hits its climax that sees players take on the first boss of the game.

Children of Morta will release with support for Linux, Mac and Windows PC. Also on Xbox One, Nintendo Switch and PlayStation 4. Priced at $21.99 USD/EUR. Pre-order sales are live on Steam, GOG and Humble Store.