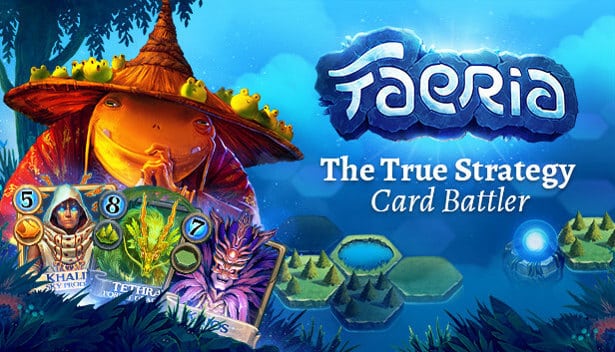 Chronicles of Gagana is the games new expansion for Faeria coming to Linux, Mac and Windows. Thanks to publisher Versus Evil teaming up with Abrakam. Coming to Steam and Humble Store next week.


So the digital collectable card and turn-based strategy game, Faeria. Has a new release in it latest expansion, Chronicles of Gagana. This will also add more cards. New civilizations, new monsters and more magic. All coming to Linux, Mac, Windows.

So the new expansion is the first part of the ongoing saga. Exploring the adventures of Gagana, the living birdship.

Emperor Kaios has been defeated, and the Oversky is saved.

This victory is short in Chronicles of Gagana. While the climate begins to slowly and irremediably deteriorate. Extreme winds soon blow over the Oversky, becoming so strong that the floating islands themselves begin to rock.

It quickly becomes obvious this is no ordinary spate of bad weather. Looking for understanding, Ulani decides to consult Majinata, the spirit of the Tree of Everlife.

Majinata reveals to Ulani that these conditions originate from Orobouros, the giant celestial snake that circles the world.

It seems that the barrier of Faeria keeping it in place has somehow weakened. Its unfathomably massive form has now started to “wiggle”, unleashing a series of major weather events throughout the entire world.

Majinata informs Ulani that this has happened before,long ago. It was the ancient giants of Thyria who eventually found a solution. Luckily, they recorded their efforts. Doing so on the very walls of their cities. Which now lie in ruin (Chronicles of Gagana). In order to set things right, someone will need to travel to Thyria and learn how to stop this calamity.

They assemble a rag-tag crew of pirates and misfits. And leave the Oversky to embark on a quest to Thyria. With the blessing of Ulani.

Once in Thyria, the runes in the city reveal that in order to stop Orobouros, the outer gods unleashed a massive amount of Faeria into the world by using a powerful orb constructed by the giants.

This orb, the very first of its kind ever. Also still situated in the Center of the World : Valsîrion.

This powerful artifact is known as the First Orb.

There is a problem in Chronicles of Gagana, however.

The gates of Valsîrion can only be opened with three specially crafted keys:

The runes in Thyria reveal a map to their locations. But it’s rather vague. They will need to do some exploring.

With the map to the keys in hand, the crew of the Gagana begin their journey to recover what may be the most valuable treasure in the world of Faeria: The First Orb.

Faeria is A strategy game like no other. Build exciting decks and shape the battlefield. While you fight epic battles.
Raise mountains, build forests and fill lakes. Or harness the sands of deserts. Since players choose their own path to victory.

Chronicles of Gagana DLC will release on Steam on April 17th. Which will also be available for Linux, Mac, Windows. No word on price yet.