Civilization Beyond Earth takes the series into diverse gameplay 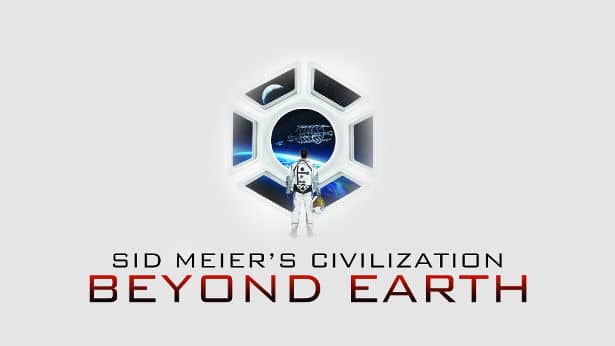 As noted, Civilization is a series that has been the focus of countless #gaming addictions for almost 25 years. This is the game for which the dangerous phrase “just one more turn” was coined.

Later this year, the cycle of obsession is set to begin anew, with the #release of Civilization: Beyond Earth. This spin-off from the main series takes the game into the unknown, leaving behind its historical settings and looking to the future.

This also marks the culmination of a long-standing fan request for a sequel to Alpha Centauri. This was Sid Meier’s “prodigal son” game, a Civilization game in all but name that he made with rival publisher Electronic Arts.

When Beyond Earth was announced last month, many excited fans exclaimed “It’s Alpha Centauri 2!” While the name may be different, the fans are more or less correct.

Previous Civilization games have always dealt with the rise of ancient civilisations from primitive tribal roots, with one of the classic victory conditions being the launch of a spacecraft to another planet. Beyond Earth takes up the story at this point, with the player beginning with a small, vulnerable colony on a hostile alien world.

Since there is no history to draw upon, the designers have had to make a lot of things up, drawing from science fiction literature, films, and TV, and well as a huge amount of genuine theoretical science.

Rather than distinct historical nations, players make up their own identity, making choices before the game begins, such as whether to bring extra weapons or extra food. The designers stress that none of these decisions are right or wrong, but they will shape the kind of civilisation that will arise.

There are three distinct philosophies, known as affinities, followed by the settlers on this world: harmony, purity, and supremacy. Harmony believes that humanity should learn to live with this world, and change themselves. Purity instead feels that humanity should not be tied to one world, so change the world to suit them. Finally, supremacy wants humanity to be as agile and independent as possible, so develops technology to allow humans to survive anywhere.

These choices can lead players down the path of specialising in genetics, terraforming, and cybernetics, respectively, giving them extremely diverse capabilities. Late in the game, followers of harmony may ride alien creatures into battle, while believers in supremacy may be able to give all of their military units the ability to fly across oceans. Players can also refuse to specialise and draw from all three affinities.

The developers stressed that none of these options are good or bad, moral or immoral. Every choice in the game offers distinct but equally useful rewards, and it is down to the player to pick options that create powerful combinations.

In true Civilization style, there are five ways to win. Defeating all of your opponents through warfare and making first contact with an intelligent alien race are available to everyone, but the other three are affinity-specific. Harmony followers can win by becoming unified with the alien world, purity leads players to bring settlers from Earth to fully colonise this newly terraformed planet, and followers of supremacy can return to Earth and conquer it for themselves.

The game is a potent mix of classical Civilization elements and new features. The linear technology tree of old is now a broad technology web, offering a huge number of choices and specialisation for technological advancement.

The barbarians that have always harried Civilization players are now bizarre alien creatures, which become more hostile the more you attack them. Players still spread out across the surface, settling new cities, but now there is also an orbital overlay where they can launch satellites to aid their ground units.

At it’s core, though, this is Civilization, and it is as addictive as ever. This reviewer, when told that time was up and he had to stop playing, found himself uttering those immortal words.

Civilization: Beyond Earth coming to Linux